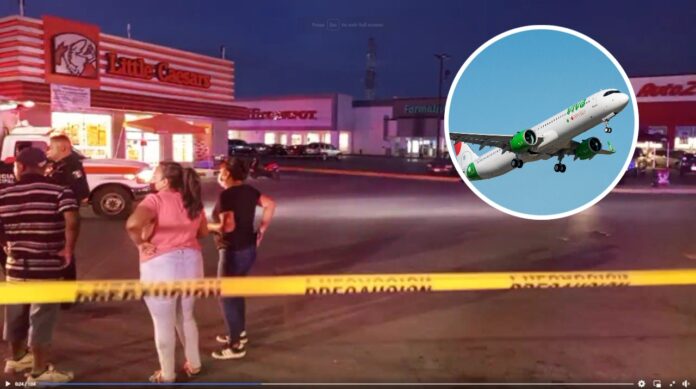 “For the safety of all our passengers and the personnel involved in the operation of our flights,” the airline decided to cancel the trips.

The airline VivaAerobus canceled three of its flights to Ciudad Juarez, Chihuahua, due to the recent wave of violence experienced in the city, where there have been clashes between security authorities and cartel members

VivaAerobus explained that “derived from the possible situation of violence in various parts of the city, for the safety of all our passengers and the personnel involved in the operation of our flights, we confirm the cancellation of three flights.”

The three canceled flights are destined for Ciudad Juárez, and from different origins: Mexico City, Guadalajara, and Monterrey.

The streets of Ciudad Juárez experienced chaos last Thursday, August 11, when violence broke out in different parts of the city with murders, burned vehicles, and shootings.

This Friday, August 12, the Undersecretary of Security and Citizen Protection, Ricardo Mejía, reported that the fight that triggered the acts of violence were carried out by members of the criminal groups Los Chapos and Los Mexicles; 20 people were injured.

Mejía indicated that after the fight in the jail, members of Los Mexicles attacked and burned businesses. After the events, the authorities reported that 10 people were arrested, including six members of that criminal group who would have participated in the attacks.

Ciudad Juárez has long been a violent area. The gangs involved in the riots often serve as enforcers for powerful drug cartels that wield tight control over border routes, which they need to get drugs into the United States.