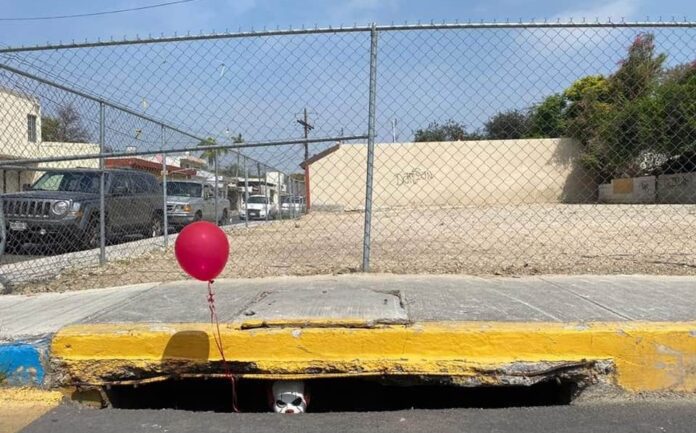 Recreating a key scene from the film, ‘The Dancing Clown appeared next to a red balloon inside a sewer.

The month of October is related to costumes, Halloween parties, and terrifying decorations in the houses, and the more creativity you have, the more people you reach, to the point of going viral.

Such is the case of a stranger so far, who based on the film “That” by Stephen King, recreated one of the most horrifying scenes of the film, in one of the streets of the municipality of Guadalupe, in Nuevo León.

It was thus that suddenly in the Guadalupe, in the streets of Hidalgo and Zaragoza, there was a red balloon that attracted attention, and, below, inside a sewer, Pennywise, “The Dancing Clown”, appeared, scaring more than one passing through the place.

The images taken by the reporter Israel Santacruz have already gone viral on social networks while looking for who made the joke that has scared more than one “Guadalupe local”.