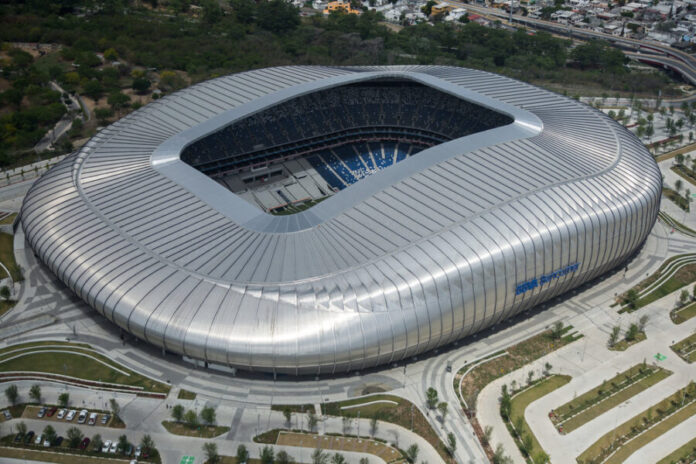 The Mexican Soccer Federation proposed the Azteca Stadium in Mexico City, the Chivas Stadium in Guadalajara, and the BBVA Rayados Stadium in Monterrey as possible venues for the 2026 World Cup, which will be hosted by the three countries of North America: Canada, the United States, and Mexico.

FIFA announced that it will do a review cycle of stadiums with the possibility of hosting the 2026 World Cup, at the end of October, and that includes BBVA Bancomer, as the first in Mexico to undergo the final inspection on the way to theTripartite World Cup.

During the visits, there will be meetings with government people and organizing committees, in which, in addition to inspecting the stadium, legal and economic issues will be questioned, to review the viability of each city to be a venue.

Mexico competes for three venues for the 2026 World Cup, although its three spots are not insured. The three proposed properties, together with their cities, must receive the approval of FIFA and beat the almost 20 cities in the United States that fight a match.

The Mexican Soccer Federation proposed the Azteca Stadium, the Chivas stadium, and the Monterrey stadium as possible venues for the 2026 World Cup. For now, in the October inspection, only the Rayados stadium will be visited by FIFA.

“The visit to the rest of the US and Mexican cities, as well as the Canadian candidates, will take place at the end of November. After this, all the candidates will be thoroughly analyzed in order to conclude the selection process in the first or second quarter. 2022 “.

Mexico is fighting to maintain its three venues and that fight will begin at the end of October, at the Monterrey stadium inspection.