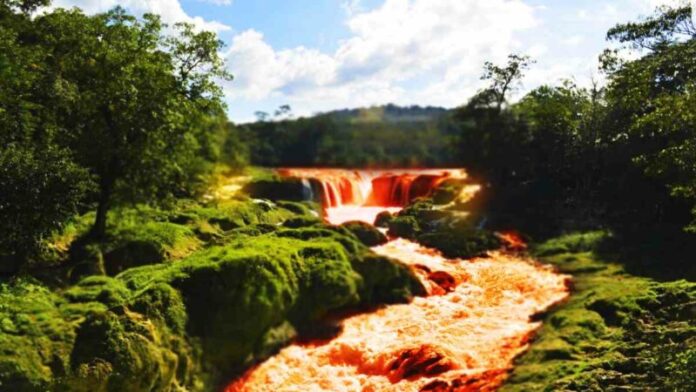 Waterfalls and rivers in the El Salto Tourist Park, in the municipality of Zaragoza, Nuevo León, were painted orange after the heavy rains last weekend; Below we tell you why this phenomenon happened.

Some photographs circulate in social networks of what the waterfalls and rivers of the El S Alto Tourist Park look like, which were painted orange because the heavy rains generated a landslide in the upper part of the mountain range and dragged dirt and clay so that those elements mixed with the water and resulted in those tones.

One of the park managers, identified as Francisco Javier , took the photographs and decided to share them on social networks, where they began to go viral.

The El Salto tourist park is located in the municipality of Zaragoza and is adjacent to Aramberri and others in Tamaulipas; It has cabins and more than 400 hectares of nature reserve. In addition to the El Salto waterfall, there is another one called Velo de novia, which has a drop of 30 meters.