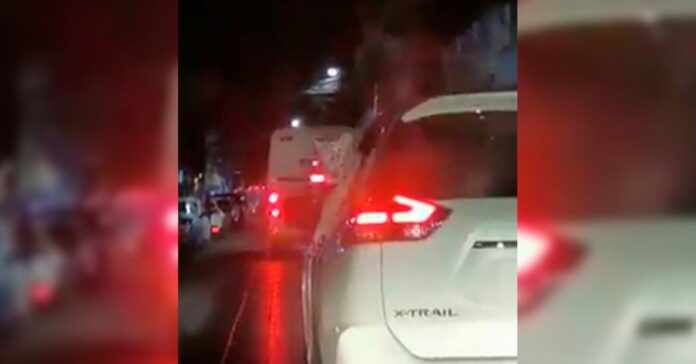 A video of a person who recorded, in the streets of the El Pitillal delegation in Puerto Vallarta, circulates on social networks in which a white tiger is seen aboard an SUV.

These tigers are a protected and endangered species originating from India, where they are considered deities.

The car is a recent model but not super luxurious as you might think, the owner was traveling with the windows down, although apparently the tiger, which is seen as a cub, was tied with some kind of pet leash.

The author of the video says he is surprised, although people around him do not seem to be perturbed by the presence of the feline that looks out the window playfully.

In Mexico, these species are reserved, with many limitations for their exhibition in captivity, and it would require high influences to have it as a pet.

VIDEO. ‘No to homophobia’: police detain gay couple for kissing in Tulum