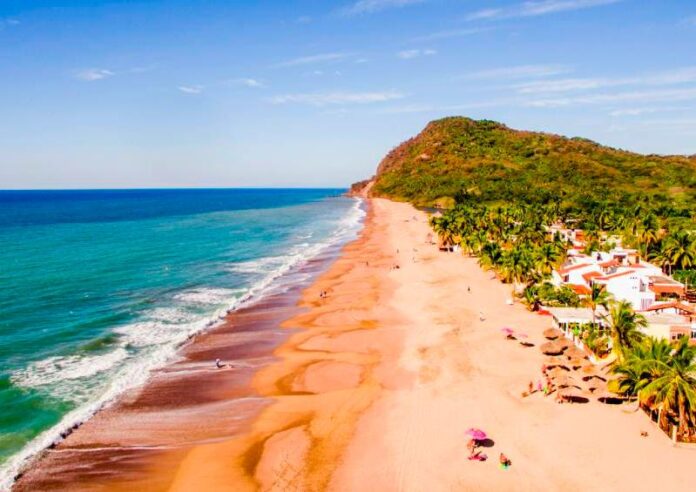 The director of the Riviera Nayarit Convention and Visitors Bureau, Marc Murphy, reported that due to the cancellation of flights from Canada to Mexico, this destination will no longer receive around 110 thousand tourists from that country.

“Canada announced the total closure of programs to Mexico, so we totally lost this market and we were represented by around 110 thousand tourists, which we lost that easily; then the American market, that before the change of government we had hope that maybe we would grow but due to the restrictions of the pandemic they now applied antigen tests and are requesting voluntary quarantines, which have caused demand in this market to drop “.

He said that this past weekend already several flights arriving at the destination are very empty. While they continue in Bahía de Banderas with authorization of 50% occupancy, but they are not reaching that percentage since the occupancy has been from 22 to 24%, on weekends a little more but then drops.
So the destination is not good but it could be worse, that is why they see the glass half full since the investments of businessmen continue to stand for the reopening of new hotels for this year.

“It is very interesting to see that there is a lot of traffic on the street and it seems that we have a destination full of people, but we do not have many tourists but rather we have a destination full of residents, people who come from Mexico City, Guadalajara, the Bajío that They have bought their second homes, so instead of spending the quarantine in their cities, they better come to this destination, to be in the sun, walking or on the beach, but that is not reflected in the hotels ”.

He indicated that there is a market for that since those people who arrive consume in supermarkets, go to restaurants and generate some economy, not exactly what is needed but he reiterated that the glass should be seen as half full.

That is why the Riviera Nayarit has been a resilient destination since, thanks to the geographical area, it does not depend only on a North American market but also on the domestic market, which is very important for them since it will be this that they rescue this destination as well as Puerto Vallarta.

In this sense, the tourist stressed that 2021 will be a year of challenges since Mexico is still very behind in the distribution of vaccines, but in the United States many people will already be vaccinated between now and September, so they may be ready to travel anywhere, and this country will benefit greatly by December next year.

Finally, he pointed out that more than 95% of the hotels in the Riviera Nayarit have already signed agreements with clinics, laboratories, or hospitals so that they can do the COVID-19 tests, the cost is already included in the package or they pay it at that time on the site at affordable costs.

There is even information when you arrive at the Puerto Vallarta International Airport, about hotels, clinics, and more, where the test and costs can be applied.