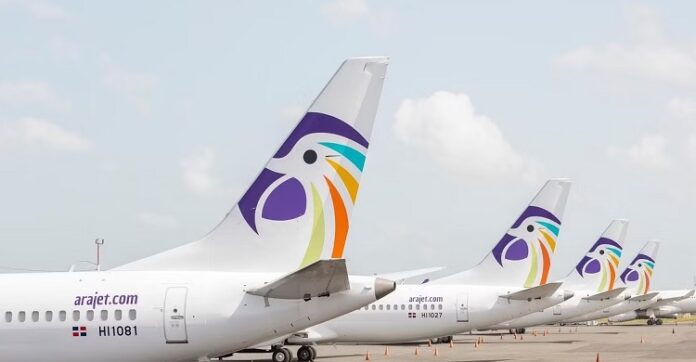 Arajet has announced that it will cease operations to Monterey, Mexico. The news of the suspended route came as the airline updated its booking system. Modifications made to the website showed that the route connecting the Dominican Republic’s Santo Domingo/Las Américas International Airport (SDQ) with Monterrey International Airport (MTY) would be terminated on January 10th. The route will likely be reinstated sometime in the Spring or Summer.

The airline has stated that its decision to suspend the route resulted from insufficient demand. The airline inaugurated the route on September 30th. The route has been operated twice weekly, with a flight every Tuesday and Friday. The round-trip flight has yet to prove profitable during the slow season for air travel. Between September 30th and November 1st, the airline operated 35 round-trip operations. A total of 1,555 passengers were carried on these flights. Arajet operates the route on a Boeing 737-8 with 185 passenger seating capacity. This translates to a 24% capacity average, meaning that the route has not been profitable during the slow travel months of fall.