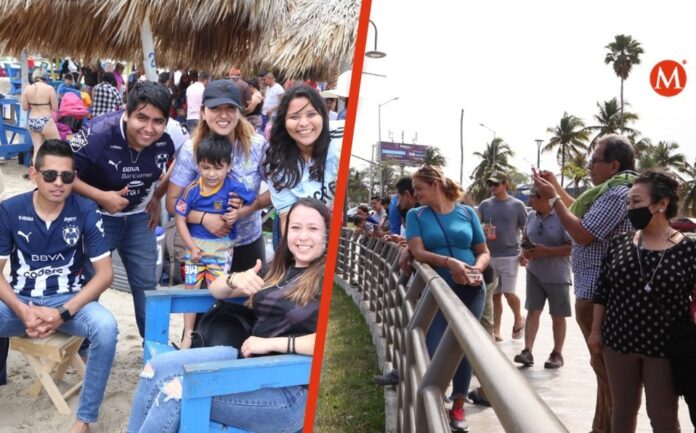 Playa Miramar and Tampico concentrate the majority of tourists in the recent long weekend, reported the Ministry of Tourism.

In the second most important holiday bridge of the year, Tamaulipas received more than 104 thousand tourists, of which 8 out of 10 went to Playa Miramar and Tampico, to exceed the figure of the influx captured in the same period of 2021.

The increase, says the agency dependent on the Ministry of Tourism, was 108 percent compared to last year’s holiday weekend. This attracts high expectations for the Holy Week and Easter holiday season, pending the capacity authorized by the Ministry of Health.

The natural spaces on the coast of the Gulf of Mexico became the most visited tourist destinations in recent days, with Miramar in Ciudad Madero reaching 62 percent of the total, the port of Tampico 23 percent, and Playa Bagdad de Matamoros with 8.2 percent.

As a complement, the passers-by attended various family entertainment activities organized such as the Balloon Festival in the municipality of Gómez Farías, as well as the start of the “Feria Tam Reynosa 2022”, an event that after 15 years was held again in the northern border.

“Prior to the Easter holiday period, the Government of Tamaulipas has worked as a team with the municipalities to improve public spaces for coexistence. Highlighting the signaling on beaches, the rehabilitation of palapas and parking areas. This is because the beaches of Tamaulipas are the preferred destinations for tourists, who enjoy their beauty and the taste of the local gastronomy” , he concluded.