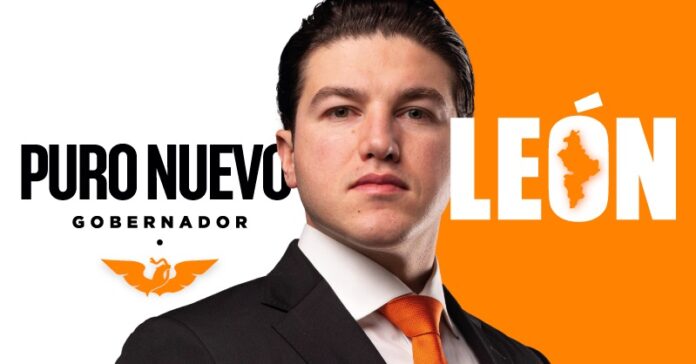 The virtual winner of the governorship of Nuevo León, Samuel García, celebrated on Monday, June 7th, in front of more than 45 thousand people the victory obtained at the polls this Sunday, accompanied by the virtual mayor of Monterrey, Luis Donaldo Colosio, and the state leadership of Movimiento Ciudadano political party.

In the Macroplaza of Monterrey, and with his back to the Government Palace, García was accompanied by his wife Mariana Rodríguez, who received applause and cheers from the attendees, who celebrated the virtual triumph of García, the first governor to emanate from that party in the state and the youngest in the history of Nuevo León with 33 years of age.

“Today Nuevo León got rid of the old politicians,” Garcia said, in front of the thousands of citizens who attended the event this Monday night.

García challenged the “center of the country”, referring to the Presidency of Mexico, since Nuevo León will not accept “mistreatment” and insisted that he is not afraid of the Financial Intelligence Unit (UIF), a dependency of the Ministry of Finance and Public Credit (SHCP ).

He pledged to improve public transportation, bring back the children’s daycares, he made a commitment to give chemotherapies to children with cancer, and insisted on renegotiating the fiscal pact so that the state receives the financial resources it “deserves”, one of the most emblematic promises throughout his campaign.

“700 thousand Neolonese gave me their confidence last Sunday to win the first place, 37 percent of the intention of the vote and to be able to build a new state of Nuevo León. Those votes grant us the people’s confidence: it is time to take the next step. Today we have to unite, we represent 6 million inhabitants, the most important state in Mexico, and our voice will be heard in the center of the country”, Samuel García concluded.