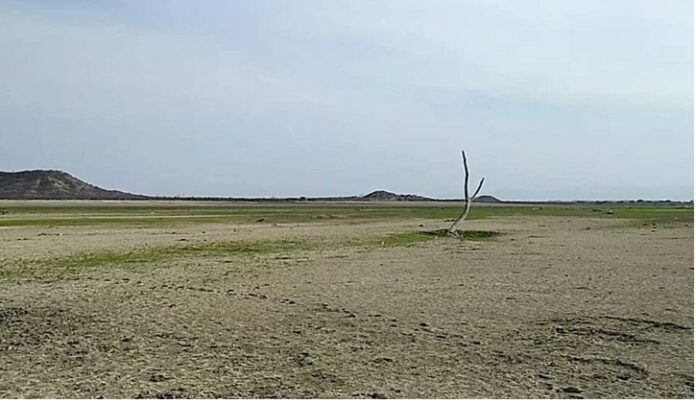 The dams in Nuevo León are being emptied, putting the Monterrey metropolitan area at risk of running out of water. This is the panorama that exists in the Cerro Prieto dam, in Linares, Nuevo León, where the situation has triggered the alerts due to the low levels of water.

The high temperatures of recent days and the forecast of dry weather in Nuevo León put the water supply for this summer at risk, if there are no torrential rains to recharge the three dams in the state.

According to data from the National Water Commission (Conagua), currently, the La Boca Dam is at 74.10% of its capacity, El Cuchillo at 53.47%, and Cerro Prieto at 17.53%, the latter being the most serious.

Residents of Linares, in the vicinity of the Cerro Prieto dam (the most affected by the drought), are on high alert.

The forecast is worrying, because in two more months without rain, the dams and wells could dry up completely. The lack of water affects tourism, one of the main economic activities of Linares, Nuevo León.

Even without quantifying the number of hectares, the field with its dry trees and the cracked earth are signs of the serious effects.

In the worst-case scenario, not only the inhabitants of this region of Nuevo León would run out of water, but also the people of the state capital Monterrey, since that dam sent 2,620 cubic meters per second to the drinking water network.

Although the Cerro Prieto Dam has two months of operation left before it dries up, the director of Water and Drainage of Monterrey, Gerardo Garza González, assured that there will be no staggered cuts in the supply since there are wells to prevent the people of Monterrey from run out of liquid.

The official is confident that with the start of the hurricane season, in May, a tropical storm could bring enough rain to supply the aquifers of Nuevo León and its dams.