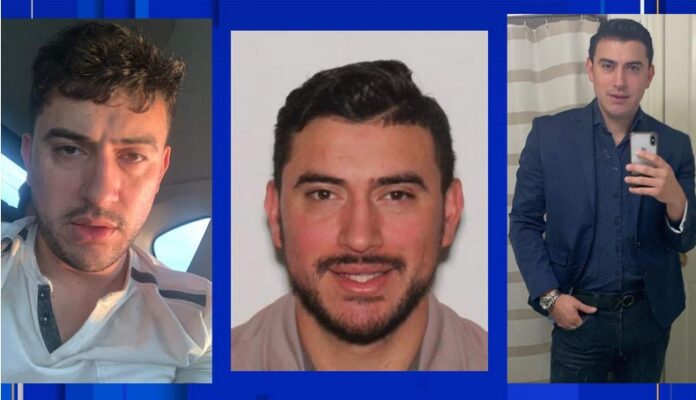 Luis Davila from Arkansas went to Mexico to visit his girlfriend and has not been seen since March 29, 2021, according to US officials.

The FBI’s Little Rock Field Office is seeking information from the public about an Arkansas resident who went to Mexico to visit his girlfriend and has not been seen since March 29, 2021.

Luis Davila is a 31-year-old U.S. citizen who is approximately 5 feet and 10 inches tall, and weighs 190 pounds. He also has brown eyes and black hair.

Davila is from Bentonville, Ark. and was in Mexico visiting his girlfriend near Monterrey.

Luis was last seen near Monterrey, Mexico on March 29, 2021, wearing a white shirt and jeans. He was driving a silver 2016 Nissan Maxima (Arkansas License Plate 936-VET).

Although the whereabouts of Davila are unknown at this time, it is believed he may still be in Mexico, possibly near Nuevo Laredo, Tamaulipas.

Davila may be the victim of a kidnapping, according to the FBI.

The FBI said they believe Davila may still be in Mexico, possibly near Nuevo Laredo, Tamaulipas, and may be the victim of a kidnapping.

The public is urged to call the FBI at 1-800-CALL-FBI (225-5324) with any information. Tips can also be submitted online at tips.fbi.gov. Individuals who provide information may remain anonymous.