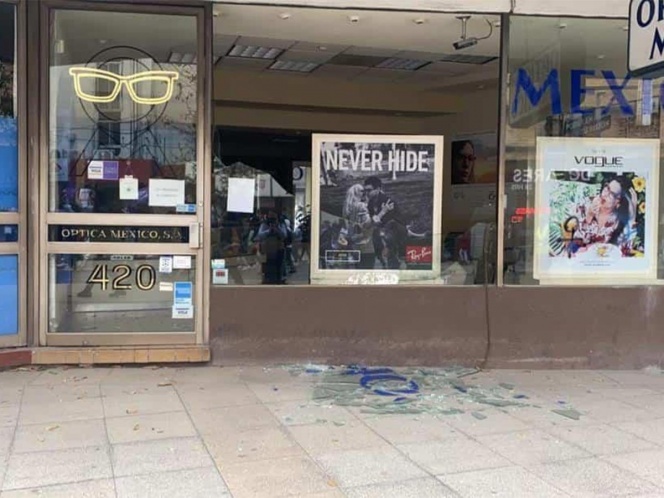 The demonstration began in the Esplanade of the Civil College around 12:00 with the attendance of hundreds of women of all ages belonging to groups

Following the march held prior to International Women’s Day on March 8, some businesses suffered material damage.

At least four businesses located on Melchor Ocampo street in downtown Monterrey were affected during the protest called by women, including Liverpool, after feminists threw stones to break the windows of the place.

Establishments surrounding that clothing store also suffered damage to the windows and were vandalized with scratches on the walls, as well as some monuments and government agencies such as the Attorney General’s Office of the State outside.

The demonstration began in the Esplanade of the Civil College around 12:00 on Sunday with the attendance of hundreds of women of all ages belonging to groups and some professional teachers.

Screams, banners, blankets, testimonies of violence, scratched walls and broken glass was a bit of what was experienced on the tour.

The event ended in the Esplanade of the Heroes, which due to the events that occurred was already guarded by at least 20 female municipal police cadets who formed a barrier to prevent them from entering the Government Palace.

Although the exterior of the Palacio de Cantera was not damaged, the women stopped to give a voice to some through a megaphone that they used to tell their stories.