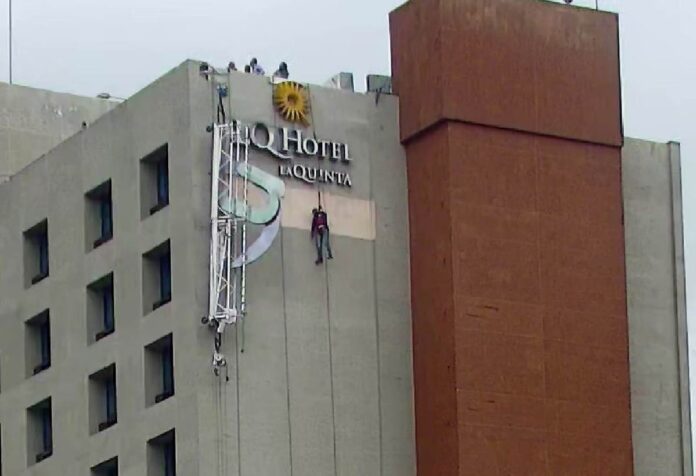 Monterrey. Two men were hanged from the top of a 12-story building after a steel cable that held up the scaffolding they were on broke as they performed maintenance work at the site.

One of the workers managed to be helped by his colleagues; However, another had to wait 30 minutes to be rescued by elements of the Civil Protection and Firefighters of Nuevo León.

The accident occurred in a hotel in downtown Monterrey when the two subjects were making repairs to an advertisement, located at the highest point of the building.

One of the cables supporting the scaffold broke around 11:40 a.m., but both were wearing safety harnesses and cables, so they remained hanging until they received help.

One of them was rescued immediately, but Agustín Padilla, 44, had to wait half an hour, until firefighters were able to reach him via stairs, causing traffic congestion.