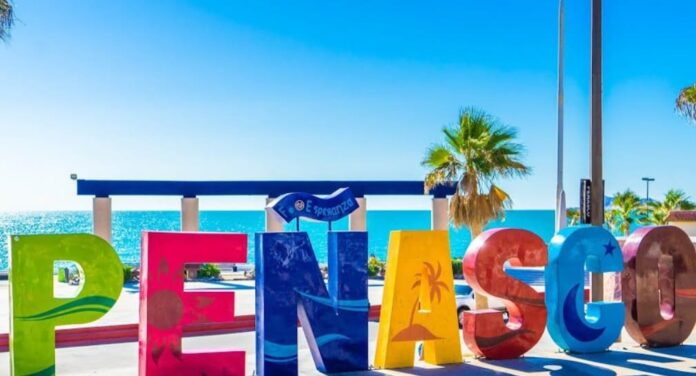 Representatives of the municipal government, the Convention and Visitors Bureau, and the tourism service provider sector hold meetings in order to reinforce strategies to prevent covid infections during the tourist influx season.

In the present meetings, the secretary of the city council Terencio Gutiérrez, as well as Héctor Vázquez del Mercado, president of the Convention and Visitors Bureau with representatives of hotels, restaurants, and service providers.

Terencio Gutiérrez Valenzuela highlighted that there have already been several meetings with the Peñasco Convention and Visitors Bureau (OCV), the National Chamber of Commerce (Canaco), as well as the hotel union, tourism service providers, businessmen, restaurant owners, as well as establishments. private, public, and social that have the letter of commitment to work during the pandemic.

For his part, Héctor Vázquez del Mercado de la OCV highlighted that in Puerto Peñasco most hotels and resorts comply with international health and safety protocols and invited everyone to join these strict prevention measures to guarantee a safe stay To visitors.

Among the topics mentioned were: the importance of everyone acting in coordination with the application of existing health protocols, such as the mandatory use of face masks, application of an antibacterial gel, digital thermometers, mats and sanitizing tunnels, ozonators, and allowed gauges.

The possibility of prohibiting alcohol bars at meeting points was also mentioned, as well as avoiding conglomerations.

At this time, the city of Puerto Peñasco, according to the epidemiological traffic light of the State Government, changed from medium risk to high risk, a situation that requires reinforcing the measures, otherwise, not only the Spring Break season will be seen affected, also that of Easter and summer before the possibility of a red traffic light.

It should be added that the cases of covid infections in Puerto Peñasco that have been reported to the Secretary of Health are 476, which represents less than 1% of the total cases in the entity.