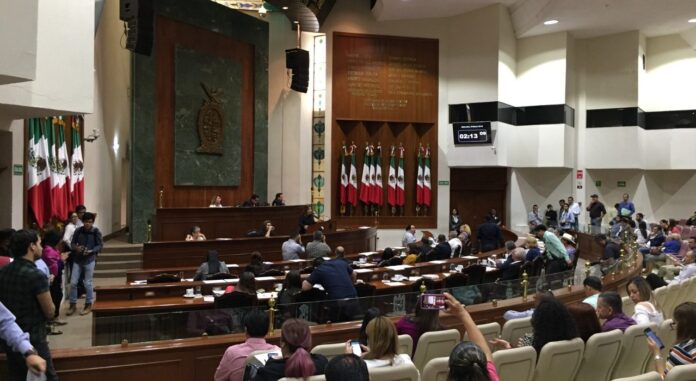 For every 100 inhabitants, 12.4 people are victims of corruption; 81.5% do not report because they consider it useless, a waste of time, or for fear to reprisals.

Mazatlán, Sinaloa.- From 2013 to 2019, the state of Sinaloa registers a growing trend in the prevalence of corruption, going from 9.9 to 12.4 victims of corruption per 100 inhabitants, of which 81.5% do not report the fact because considers it useless, a waste of time, a very common practice, for fear of reprisals, for lack of time, because he does not know who to turn to or because he gave money or gifts, according to the National Survey of Government Impact Quality, made by the INEGI, in that period of time.

The procedures with the highest percentage of experiences of corruption, according to this report, are in contact with public security authorities (59.2%), make arrangements related to the property (25.0%), and procedures before the Public Ministry (24.8%). )

At the same time, the Mexican Institute for Competitiveness, A.C. (IMCO), in its indicators of the stable and functional political system that corresponds to the 2020 Urban Competitiveness Index, indicates that the perception of state corruption in urban areas of Sinaloa increased in the last two years, from 2018 to 2020.

The municipalities with the highest increase in the perception of corruption are Ahome, which changed from 21 to 24%, followed by Mazatlán with an increase from 19 to 21%, and Culiacán, which rose from 18 to 20%, with a difference of 2 to 3 points. percentage.

INEGI places Sinaloa in 8th place in the table of percentages of municipalities that have a municipal anti-corruption plan or program, with 33.3% affirmative or in process, and 66.7% that do not have this mechanism, this with data from the Census National of Municipal Governments and Territorial Demarcations of 2019.

Each of the autonomous state bodies, as well as the municipalities, should have this control mechanism, which allows combating corruption within the state and municipal agencies.

However, it was not until November 19 that the Sinaloa State Congress published the public call for the registration of applicants to be head of the internal control bodies of the Administrative Court of Justice, of the State Commission of the Human Rights, and the Electoral Institute of the State of Sinaloa.

In conclusion, 70% of state bodies do not have the necessary infrastructure or resources to carry out the development of this anti-corruption information system, 87% of local authorities have not provided data to the platform and 33 % of state bodies have not developed communication mechanisms to inform the population.