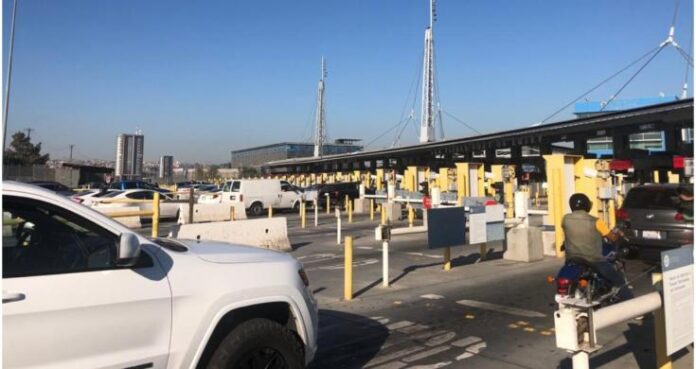 In the United States, the New York Times reported on Thursday 11, the number of new cases of coronavirus continues to plummet, as well as the number of citizens hospitalized with symptoms of the SARS-Cov2 virus. Deaths have also started to decline. And the number of daily vaccinations has almost tripled in the last month.

Meanwhile in Mexico, the country is being destroyed by leaps and bounds: The numbers of infected, hospitalized, and fatalities do not decrease, first of all. We don’t even talk about vaccination. It was a reverend stupidity –to put it mildly– that Marcelo Ebrard considers it “mission accomplished!”

How many days until the United States definitively closes the borders with our country, no longer because of the poor abandoned by their government who go there chasing the American dream, now also to prevent us from bringing our health catastrophe to their country?

With this, at the end of this decade, we can once again be a wagon territory. And that’s because no item of the fourth industrial revolution remains on the way, not even a light-year away. We arrive at a model of patchwork nationalism, of huarache, with a society drowned in tar.

Another reason for the US and Canada to break with Mexico

We go together hand in hand with a historical character more similar to Ecoloco than to Kilowatito or Charrito Pemex. Octavio Romero and Manuel Bartlett spend their days pimping Petróleos Mexicanos and the CFE. They don’t wear face masks, they are just one notch lower than the usual huachicoleros.

Commander Nahle, more than Secretary of Energy, is a secretary of mafia agreements collecting the Palace’s signatures to grant more construction money to her compadres who build the mess of the Dos Bocas refinery. Something shameful and anticlimactic.

All this while foreign investors in the energy sector are up in arms because, after losing in the Court of Justice, the Federal Executive has proposed legislation that, the leader ordered his submissive congressmen and senators, to change “urgently”.

And now, to breach the terms of the T-Mec. Another reason for the United States and Canada to break with Mexico.

But even in the transfer centers, in Sinaloa and Jalisco, it is known that among the criminal gangs the fear has already arisen that “if the country’s economy continues to collapse, this plaza is going to get so hot that soon it will no longer be worth it. nothing”. The laws of supply and demand are invariable for all activities. They need to decide to take action on the matter.

And it is that, indeed, nobody has anything against nationalism. What is true is that we are all against the way in which the corruption and complicity of the regime with profiteer merchants and union leaders have aged the strategic industries of the energy sector to push us to the limit in which we find ourselves right now.

No one can defend nationalism if it leads to more famine, higher inflation, more pollution, more non-refundable subsidies to state companies, more indolence of consensual workers’ organizations and greater losses in international courts due to conflicts provoked, once the government has violated contracts that were signed under the 13 commercial treaties in force with the world.

The bill that is coming is too expensive, there is no money in the world to pay for the decisions taken by AMLO’s 4 T.