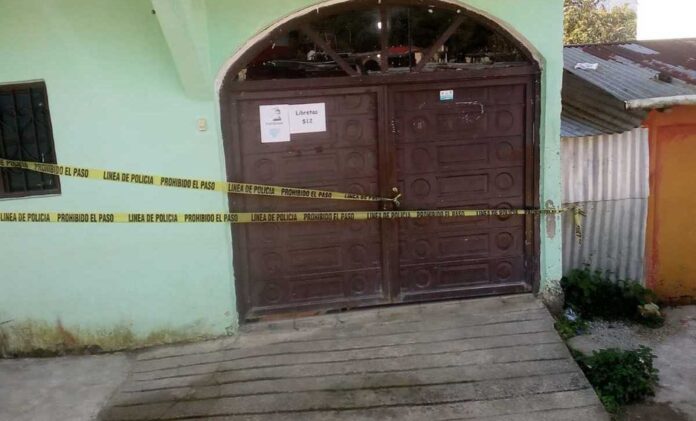 Elements of the State Prosecutor’s Office secured the house where Fernando ‘N’ allegedly was, accused of being the married woman of the young doctor.

Elements of the Chiapas State Attorney General’s Office conducted a search of the home of the alleged stalker of Mariana Sánchez Dávalos, a young medical intern found dead in the community of Nueva Palestina, Ocosingo municipality, last week.

The alleged harasser, identified as Fernando ‘N’, is identified as the person who harassed the young Mariana Sánchez, while she was rendering her social service at the community clinic in Nueva Palestina, Ocosingo.

The elements searched the house located in the Seventh East North, in the Loma Bonita neighborhood, where the doctor was presumed to have been for several days, however, the indicated was not in the place.

The house was cordoned off and stamps were affixed to indicate that the property is part of the authorities’ investigation.

On February 6, the Chiapas Prosecutor’s Office arrested Analí ‘N’ , who served as director of the Nueva Palestina community health clinic, accused of the crime of abuse of authority. The detainee is directly involved in Mariana’s case, since her mother, Lourdes Dávalos, affirms that she was the person who had knowledge of what was happening to her daughter and did not act to prevent a tragedy.