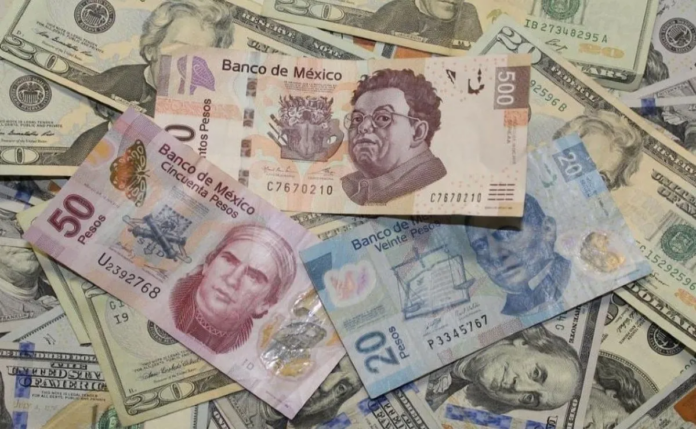 In the exchange rate against the dollar, the Mexican peso is recovering almost four cents

The price of the dollar today, Tuesday, February 9, 2021, is trading at $ 20.0815  Mexican pesos, according to real-time information from investing.com . Yesterday the dollar FIX dollar closed the day trading at 20.1227 (down 01.61 cents) and the Interbank Spot dollar at 20.1270 (down 00.05 cents), according to data from Banxico. The exchange rate was practically unchanged since last Friday, with no international data to have an impact. This absence of important economic indicators caused a slightly volatile session in the financial markets.

According to Reforma, who cites Banco Base, the movements that occur in the exchange rate could be an anticipation of a volatile week in the country, because today the inflation of January will be published, on Thursday the industrial production of November, the January’s formal job creation on Friday and ANTAD’s retail sales throughout the week.

In addition to the above, also this week, Banxico will announce its decision on monetary policy, which will be published on Thursday.

Bloomberg explained that the uncertainty of the markets regarding inflation may be due above all to the expectations of success regarding the fiscal stimulus in the United States. However, he specified that the importance of oil prices should not be ignored in this equation.

Regarding the exchange rate in the different banks in Mexico, the price of the dollar reaches its highest level for sale at $ 21.00 in Banbajío, while the lowest for purchase is at $ 18.95 in Banorte and IXE, according to Dollar .info. Regarding the euro, it is priced at $ 24.28 pesos, for $ 27.70 pesos of the British pound on general average.