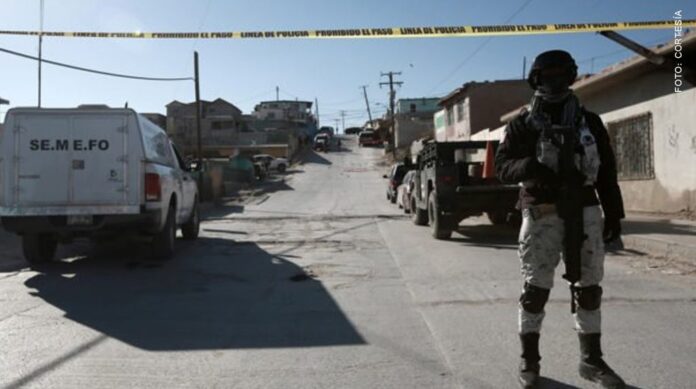 EFE.- The disappearance of men to “enroll” them in organized crime gangs and turn them into hitmen, in addition to the presence of alleged rapists, caused residents of the municipality of Juárez, 23 kilometers from the city of Monterrey, Nuevo León, to organized in a citizen self-defense group against violence and insecurity.

This group arose due to the lack of response from the authorities due to the problem of insecurity that specifically permeates five neighborhoods that make up an area known as “El Cerrito”.

The group, which in 2014 took the name “Guardia Ciudadana Vistas Terranova”, is led by Sergio Rey González, who, along with other people, including a former military officer named José Guadalupe Aguado, founded the group in 2009.

“Since 2009 we began to act, derived from the drug war because here we began to communicate because men disappeared who later joined organized crime groups,” González shared and pointed out that several residents of the sector disappeared.

He said the group gained strength when a sexual predator appeared in the area.

“What we saw is that the sexual attacks began. There was even a neighbor who was mutilated in parts of her, ”she recalled.

There are data on 230 sexual assaults of which about 50 complaints were filed, according to González.

Journalistic notes confirm that in October 2016 the arrest of a man who attacked in the sector, identified as Sergio Iván Posadas Espinosa, who through DNA tests was linked to at least 10 rapes.

She added that in those days there were no luminaries in the place and they had to make fires and they stayed in groups on vigil to take care of the women who returned from work at night or those who were left alone during the early hours when their husbands went to work.

At first they were baptized as “enmachetados” because they carried this type of weapon.

“Initially we were known as machetados because many people came out with machetes. That lasted for a while, but we were working more towards civility,” said González.

Currently, the group of “silbateras” also operates, which is a group of women who monitor the area and carry a whistle to warn of any risk situation.

González assured that they have worked to seek that the authorities provide them with security guarantees in the area and that the sector is not “no man’s land.” “We, in the absence of the police, have had to take charge of security,” he established.

Although they have worked in civility, there was recently the case of a man who tried to sexually abuse two young people and was arrested by the neighbors at the point of beatings.

In the end they handed him over to the authorities who did not want to detain him because he was badly beaten and they wanted to hold accountable those who detained and beat him.

“In this last case of the girls who were walking on the bridge, motorists who were neighbors of the area noticed and subdued the aggressor. The bad thing is that they subject him to blows, ”she acknowledged.

In the face of modernity, settlers now also communicate through social networks such as WhatsApp groups and give notice of any problem, including family violence.

“Social networks have played a fundamental role and if there is a call, people come,” he explained.

Within the “Citizen Guard Vistas Terranova” there are “Las Silbateras”, about 80 women who are commanded by Sandra Elizabeth Briones García who monitor the area and give notice in case of any emergency.

“We use whistles in an emergency like a medical emergency, an assault. One whistle is caution, two whistles is watchful, and three is emergency,” he explained.

The so-called “autodefensas” exist in the states of Michoacán and Guerrero, where they were born as a result of the threat of organized crime.

The emergence of self-defense forces is not exclusive to those states.

In Guerrero they were born in the 70s of the last century and new groups resurfaced as of 2013 with the increase in violence.