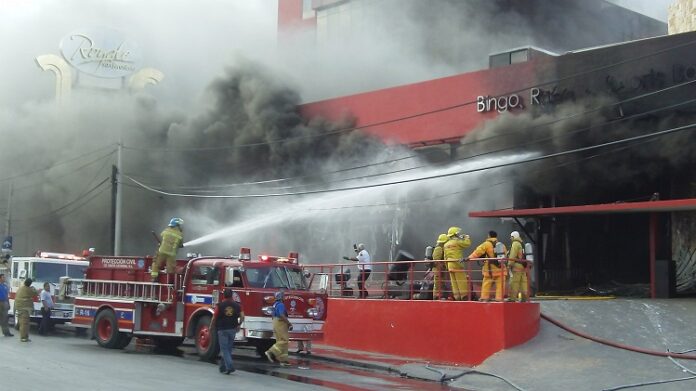 Mexico’s federal government apologized Wednesday to relatives of those who died in a 2011 arson attack at a casino that killed 52 people.

Interior Secretary Alejandro Encinas said the government had been remiss in ensuring safety measures at the Casino Royale in the northern city of Monterrey.

The notoriously violent Zetas cartel, now weakened and fragmented, set the fire to enforce a demand for protection payments.

The government both failed to prevent the attack, or win murder convictions against those responsible.

Speaking for the victims’ families, Samara Pérez — who survived the attack but lost her son, Brad Xavier Muraira, 18 — said “may this regrettable event change the way the government operates, so that this never happens again.”

The fire at the Casino Royale was one of the worst attacks on civilians during the country’s 2006-2012 drug war.

Armed men burst into the casino on Aug. 25, 2011, and began to douse the casino with gasoline. Within seconds, a peaceful day at the casino turned into pandemonium as customers and staff screamed amid the flames.

A decade later, only five of the alleged attackers have been convicted on unrelated weapons charges involving the guns they were carrying at the time they were arrested.