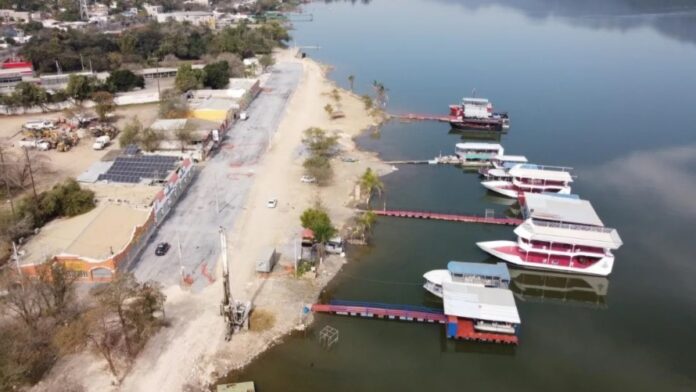 Mexican President Andres Manuel Lopez Obrador said on Monday, June 27, he would offer “fiscal support” to companies that lower their water consumption in the northern state of Nuevo Leon, in a bid to tackle drought in the region.

Speaking at a news conference, Lopez Obrador said a solution to the water shortage must be found by local authorities, but that the federal government is willing to help.

“We would help them fiscally, but decisions must be taken there,” he said, without giving details of the support. He said his administration had already transferred substantial resources to the state, without disclosing the amount.

Asked about the president’s remarks, a spokesperson for the Finance Ministry said she had not yet been briefed about the plan.

More than half of Mexico is currently facing moderate to severe drought conditions, according to the federal water commission CONAGUA, amid extreme heat that scientists blame on climate change.

The industrial powerhouse of Monterrey in Nuevo Leon is currently grappling with a water shortage that has led authorities to curtail water access to only a few hours a day for the 5.3 million residents of the city’s metropolitan area.

A number of soda and bottling companies have plants in Nuevo Leon that have continued to operate during the water crisis, sparking frustration from residents.

Lopez Obrador also floated the idea of freezing water charges for companies with excessive usage who cut down their consumption.

He added that the water they saved could be redirected to households.