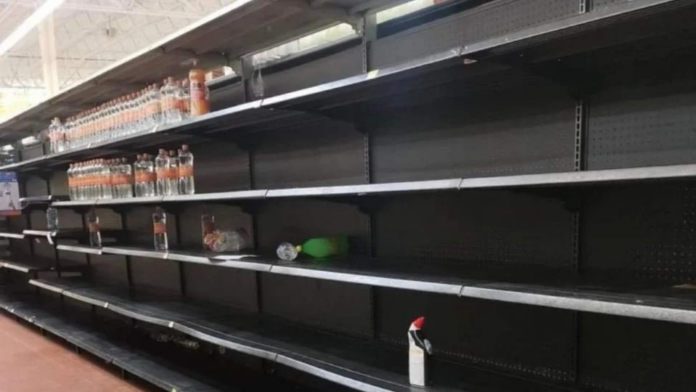 The regios refuse to buy the bottled water of the Bonafont brand, despite the drought.

Despite the fact that Nuevo León has been facing a drought for a few months and is now even running out of bottled water, Monterrey residents refuse to consume the Bonafont brand, for a peculiar reason.

César Rojas, a correspondent for Grupo Formula in Nuevo León, told the news program Atando Cabos with Denise Maerker of Radio Formula that the population of Nuevo León resorted to bottled water due to the drought, however, supermarkets and self-service stores are staying without this product.

“The supermarket shelves look empty and the population is quite concerned about the scarcity of water,” the journalist commented.

Despite this, the aisles are still full of Bonafont brand bottled water because apparently, its taste is not to your liking.

On social networks, users shared photos and videos of supermarket aisles, in which their bottled water shelves are deserted, but in the area of ​​the Bonafont brand, it even seems that there is no drought.

Some netizens commented that all plain water has the same taste, except for Bonafont, because it is supposedly “rare”, although others pointed out that it was because of its high price compared to other brands.

The contempt for this brand of bottled water aroused the thirst and imagination of the tweeters, who immediately began to share memes of the situation.

While Monterrey residents refuse to drink Bonafont water, the Government of Nuevo León has implemented measures to deal with the drought, such as water cuts and batches to reduce consumption and try to manage the little liquid that is in the dams; class schedules were also cut so that shifts only go to class for three hours.