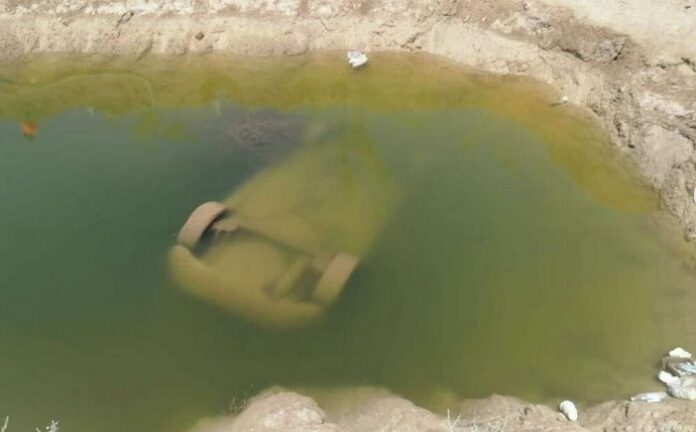 Authorities from the Mexican state of Nuevo León said they made an apparent breakthrough into the case of a Laredo family that went missing about 10 months ago in Mexico.

The Mexican National Guard discovered a yellow Chevrolet Sonic 2014 bearing Texas license plates NBX-4740 at the bottom of a water well on Monday along kilometer marker 174+150 on the Monterrey-Nuevo Laredo Highway that is not a toll road.

Inside the vehicle, authorities found three decomposed bodies. Nuevo Leon authorities said an employee of the Monterrey-Nuevo Laredo Highway was draining a pit or well where rainwater accumulates when he observed the vehicle. Initial reports indicate that the vehicle ended up in the water as a result of an accident.

Nuevo Leon authorities have not released the identity of the three bodies, pending DNA testing. Mexican media outlets reported that those three people could be Gladys Cristina Perez Sanchez, 39, and her children Juan Carlos Gonzalez, 16, and Michelle Cristina Duran, 9.

The family was last seen June 13, 2021, after departing from Sabinas Hidalgo, Mexico — a town located about 78 miles south of Nuevo Laredo. They had gone to visit relatives.

The Federal Bureau of Investigation previously released photos of the family and the vehicle in hopes of learning their whereabouts.

Regarding Monday’s findings, the FBI opted not to comment.

“We are aware of the reporting about this family, but at this time, we are not able to confirm the information and we will decline to comment,” the FBI said.