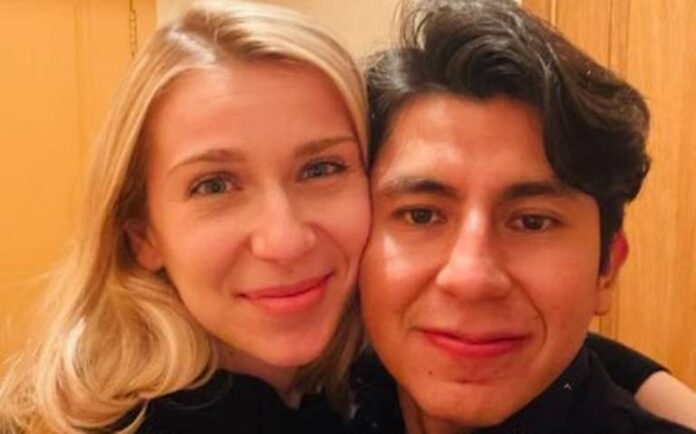 A month after his return to Mexico, Omar Aviña Méndez is in “a period of readjustment”, without formal work.

Omar Aviña Méndez never imagined that leaving his home in 2014 to study Mandarin in China would be the beginning of a story that eight years later would force him to escape from the war to reach the most violent place in the world, his native Zamora. Michoacan. Omar’s life until February 24, when Russia began the invasion of Ukraine, passed between his work in kyiv as a teacher of martial arts and languages ​​and the preparations for his wedding with his fiancée Iryna Volkova.

However, as soon as the Russian military incursion began, Omar’s life took an unexpected turn that, a month after his return to Mexico, keeps him in “a period of readjustment”, without a formal job yet and in the most violent city. in the world in the ranking of the Citizen Council for Public Safety and Criminal Justice.

Omar narrates, in an interview with El Sol de México, that despite the fact that he continues to give some of his language classes that he offers online, the most complicated thing since March 4, when the Boeing 737 of the Mexican Air Force brought him from Romania, where he managed to escape the war, has been to find a job with the same conditions that he had in Ukraine.

“We are still in a period of readjustment, we have sent our resume to many places through digital platforms, but so far nothing has come of it and what worries us is finishing the savings we managed to collect,” he says.

With the memory of the rumble on the roof of the kyiv metro, where he and his girlfriend remained hidden for four days, escaping from the bombings, Omar is aware that it will not be easy to find in Zamora, a population of just over 200,000 inhabitants employment where you can develop your skills.

In addition to Mandarin, Omar speaks English and is a nationally selected martial artist.

His girlfriend Iryna speaks five languages, but it is not easy for her to get a job in Mexico either, as she has not yet completed the asylum process that allows her to obtain a work permit.

“We know —says Omar— that our profile is to work with people from other countries and we know that in Zamora there are not many opportunities for us”.

The small town, located in the north of the state of Michoacán, has been the scene of constant clashes between members of organized crime, massacres of civilians, and attacks on state and federal security forces. According to the Citizen Council for Public Security and Criminal Justice, Zamora is the most violent city in the world with a homicide rate of 196.63 homicides per 100 thousand inhabitants

In addition, it registers the highest level of unemployment in the state, 29 percent, and extreme poverty (8.39 percent), according to INEGI data.

Arriving in Zamora has been “an avalanche of emotions” for Omar between the pleasure of reuniting with his family and the uncertainty of not having a clear future.

“Well, yes, we are concerned about what we are going to do, but we are just finishing digesting, right, what we live there, we are settling in, the economic situation has been worrying from the start because we have to manage our savings very well, but we don’t want to choose a job in which we can not develop or have to accept a much lower salary, “he adds.

Telcel goes down in Mexico: a massive failure affects users in several states

Number of Monarch Butterflies decreases by 26%