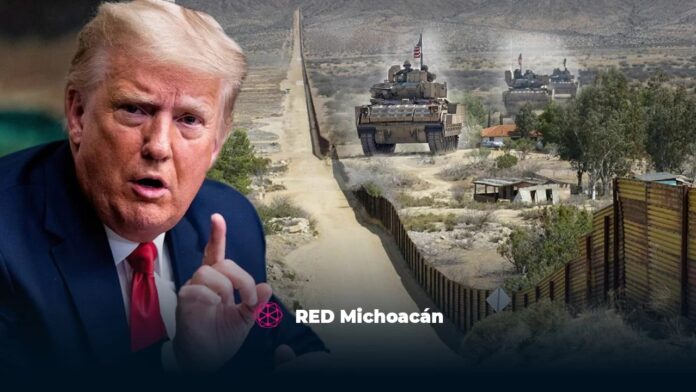 Donald Trump, former president of the United States, indicated that what Russian President Vladimir Putin has done with Ukraine is something “great and wonderful”, that the North American country could do with the southern border, that is, Mexico.

In an interview, Trump assured that when he saw what Putin did on television, he thought “How smart is that? He is going to enter as a peacemaker, that is the most powerful force. We could do that on our border, it’s the strongest peacekeeping force I’ve ever seen.”

“I had never seen more Army tanks (than Russia has in Ukraine) to keep the peace, but think about it, here is a guy who is very intelligent, he knows very well what he is doing,” he said in an interview.

Trump also explained that this situation would never have happened with him in charge of the United States. “What went wrong was a rigged election and what came out is a candidate who shouldn’t be there, a man who has no idea what he’s doing,” he insisted, referring to Joe Biden’s victory.

“It’s not even imaginable. This would never have happened. And do you know what Biden’s response was? There was no answer. They didn’t have (an answer for that). It is very sad, very sad, ”she explained in his statement.