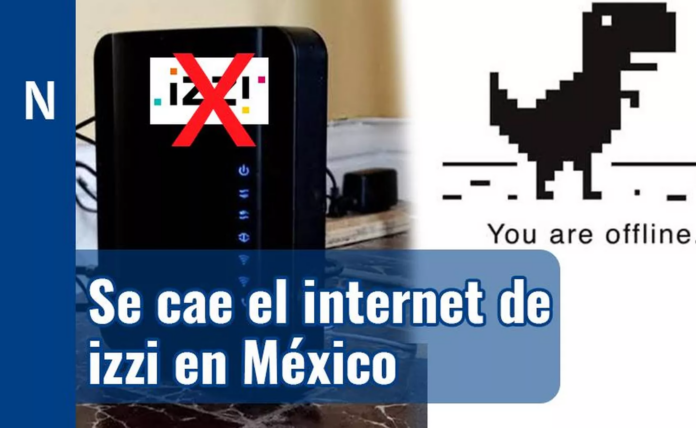 IZZI clients who have taken to social networks in the last few minutes to report FAILURES in some of the company’s services, especially on the Internet, as well as failures in their television signal.

For this reason, dozens of users have taken to social networks such as Twitter to express their annoyance and anxiety at not being able to use Izzi’s services, especially those who are doing home office given the recent increase in cases of COVID-19 in Mexico, after The arrival of Omicron.

According to the Down Detector site, 91 percent of the failures are with the internet, 5 percent television, and 4 percent the total services.

There was no lack of users who expressed his annoyance with IZZI for the constant failures in its services, and despite that, the company does not stop charging the same monthly price.

So far, IZZI has not given any response or explained the reason for the failure in its services.