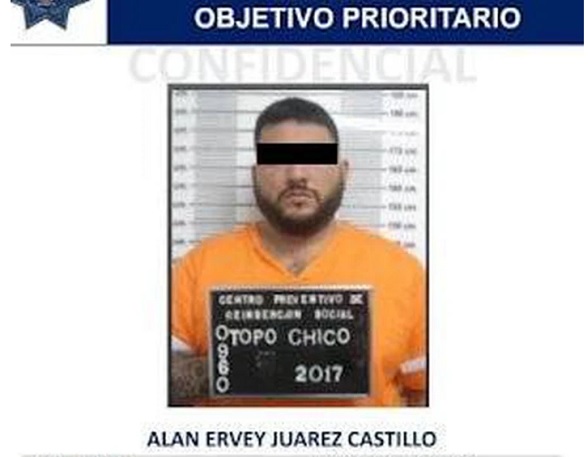 Members of the State Investigation Agency in the state confronted various assassins with the lead after the arrest.

members of the State Investigation Agency in the State of Nuevo León managed to capture Commander Cano, one of the priority objectives of the authorities, linked to organized crime activities.

According to local media reports, the alleged leader of the Sinaloa Cartel in the northern state, Alan Ervey Juárez Castillo, fell in a restaurant in Colonia Valle Soleado, where the operation of the Prosecutor’s Office took place.

The agents executed the arrest warrant for an aggravated crime in a building at the intersection of Avenida Ruiz Cortines and Avenida Israel Cavazos, municipality of Guadalupe, according to journalist Perla Reséndez from El Financiero.

Authorities alerted the population of possible attacks that could arise in the entity as a result of the arrest. The newspaper Debate added that after the actions, several shootouts broke out in the state between members of organized crime and agents of the Ministerial Police, who repelled the attacks.

The main reports were attended in the municipality of Apodaca. These confrontations culminated in the death of two hired assassins, the arrest of three more detainees, as well as an injured AEI officer.

Several videos circulated through social networks showing the strong police mobilization. In the video-recorded reports by the citizens, it can be seen that private vehicles flee from the authority.

Commander Cano is linked to the execution of three men

Recently, on December 18, 2021, three executed bodies were found, dumped in the vicinity of the municipality of General Zuazua, in addition to being tied up and with visible marks of torture, reported the newspaper Debate.

The authorities revealed that they were Javier, Aldo, and Martín, 31 years old, 34 years old, and 37 years old respectively; the first was killed by strangulation, while the remaining two were beaten to death.

The media pointed out that after carrying out the medical results, it was confirmed that all the bodies were finished off with a bullet to the head, also known as “the coup de grace”.

In addition, one of the bodies had one of the so-called narco-messages, presumably written in the name of the aforementioned Commander Cano, who warned of the fall of the “Chapulines”.

“This is going to happen to all Chapulines. The cleaning began. Pure Sinaloa. Att: Comandante Cano”, could be read on the orange piece of paper, which still had bloodstains.