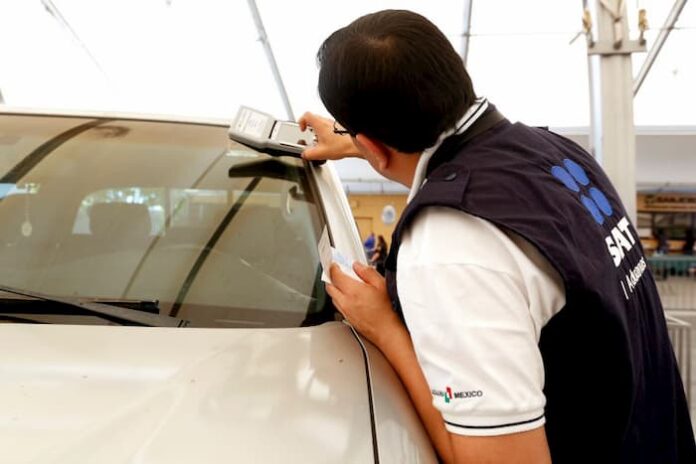 Mexico.- As you well know, a week ago the agreement was signed for the Regularization of Cars of foreign origin or better known as ” chocolate cars ” that were illegally introduced into the country.

These and other details you must keep in mind when trying to regularize your American or Canadian car; The agreement just signed by the President of Mexico is not for all units, so pay attention to the details

It has already been indicated that the regularization benefit will be given to the units that entered Mexico before October 16 and that the cost will be 2,500 pesos, resources that will serve to activate the patching of streets in each of the benefited entities.

But there is a rigorous document that the owners of this type of “chocolate” units must present, and without it, the process simply and simply WILL NOT BE ABLE TO DO IT.

This is the ” Shipper export ” is a document issued in the United States and that is equivalent to the “withdrawal” of the unit in that country, this to support that it is not stolen, that the change was made legally and that it did not participate in some criminal act.

The role is of vital importance since it confirms to the automakers that they are cars in good condition, well maintained, not damaged, and in short, they are not “junk” as some have claimed.

But to those who have already approached to request more information about the paperwork that they will have to take at the time of requesting the regularization, they have also indicated other documents that are:

So if you do not have the Shipper export, the ideal is that you go looking for it, since without it, regularize your car “chocolate”, WILL NOT BE POSSIBLE.

Said provision will apply in seven states of the country, those classified as border:

The provision is firm, “they can only regularize the cars that until the entry into force of this agreement, October 16, 2021, are in Mexico”; it was also established that the units must be in good condition.

What is the shipper export declaration?

The shipper export declaration is a document that is issued in the United States. Basically, it verifies that the vehicle was deregistered in that country so that it can be registered in Mexico. In addition, it also checks the legal provenance of the vehicle.

The shipper export declaration indicates some information such as the place of manufacture of the vehicle, the changes it has undergone and whether it is good or bad.

The process is carried out with the Census Office in the US, so you can contact that office to clarify doubts or know the process in case they have not given you this paper when coming to Mexico with your car. You can also consult this website of the Census Office where more information is given in this regard.