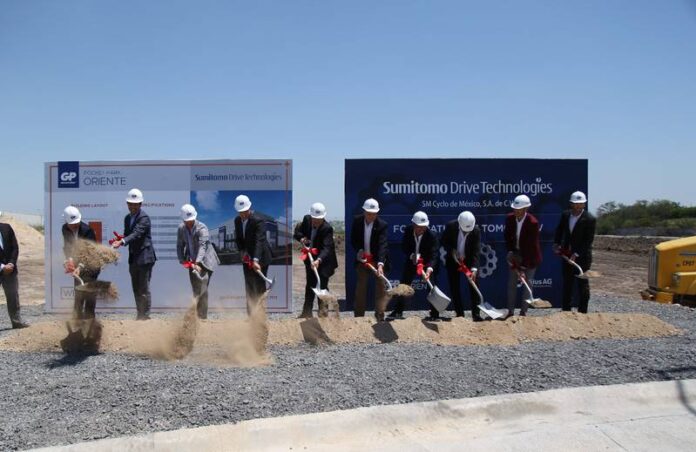 Sumitomo Drive Technologies announced the construction of its fourth plant in Mexico and the second in NL, where it will produce speed reducers for various industries such as mining, automotive, and food, among others.

The Japanese company plans to invest $ 50 million in the project and complete its construction during the first quarter of next year.

This will be located within the Pocket Park Oriente of GP Desarrollos in Juárez, Nuevo León will have an area of ​​15 thousand square meters and will generate one hundred jobs.

During the groundbreaking ceremony, Jim Salomon, CEO of Sumitomo Machinery of America commented that “we are very happy with this step taken by the company in Mexico, since this new facility is strategic for Sumitomo’s growth plans, besides that it is a sign of the commitment we have with investments in the country ”.

Lorenzo Aguilar Camelo, Undersecretary of Investment of the Ministry of Economy and Labor of Nuevo León, pointed out that the arrival of new companies to the entity highlights the trend that the state has had in its leadership of attracting foreign investment in recent years, and that reflects the state policy for the development of a healthy and favorable business environment for foreign investors.

José María Treviño, president of Grupo GP mentioned that the concept of Pocket Park-type parks, where Sumitomo will be installed, has been successful in attracting new investments such as those of the Kohler and Tenere companies.

He explained that, in these types of parks, companies can find optimizations in safety and maintenance costs, as well as strategic locations close to qualified labor.

According to the public information about the company, it arrived in Mexico, specifically NL, in 1993 with the SM Cyclo de México division, later installing plants in Mexico City and Guadalajara.

Some of the applications of Sumitomo products are in conveyor belts, ball mills, dosing equipment, bucket elevators, mixers, drying drums, robotics, extruders, coolers, among others.