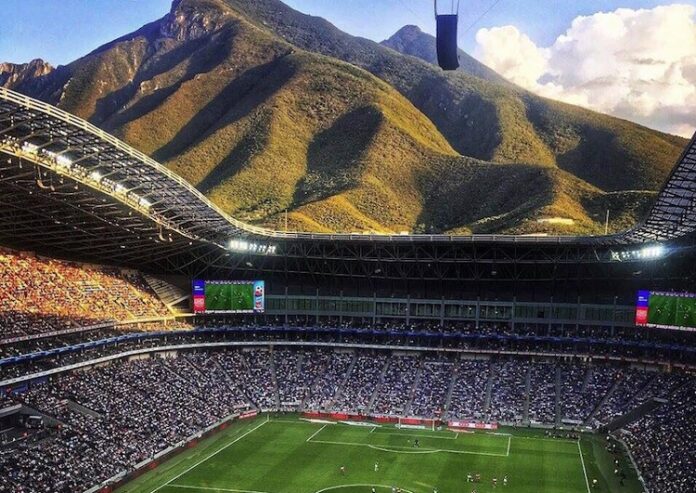 The 2026 World Cup that Mexico will host alongside the US and Canada presents a unique opportunity for the Latin American nation to construct an 8bn-peso (US$395mn) stadium for Nuevo León state capital Monterrey, according to the CEO of New York-based real-estate firm Juego de Pelota.

César O. Esparza talks to BNamericas about the stadium, originally presented in 2019, and how it could serve as one of the two inauguration sites for the global event.

In addition to this project, Esparza also talks about plans for the sustainable stadium project Juego de Pelota confirmed for Mérida state capital Yucatán in October and other sport complex opportunities.

BNamericas: In less than six years, Mexico will become a host of the FIFA World Cup, with 10 matches planned to take place in three state capitals. Does the current infrastructure support this plan? Will FIFA experts greenlight the stadium infrastructure when they visit Mexico this year?

Esparza: The stadiums that have been assigned for the 10 World Cup matches in Mexico are the Estadio Azteca in Mexico City, the Rayados stadium in Nuevo León state capital Monterrey, and Chivas stadium in Jalisco state capital Guadalajara. Both the Rayados and Chivas stadiums are modern stadiums that can host World Cup group stage matches. The biggest challenge will be to update Estadio Azteca.

There is an extremely interesting opportunity in the 2026 World Cup for Monterrey, which could host the inauguration ceremony at the yet-to-be-built National Stadium of Mexico.

BNamericas: That stadium was proposed by Juego de Pelota in 2019 to host baseball and soccer matches for up to 80,000 spectators. So the proposal still stands?

Esparza: United 2026, the organization that is leading the North American World Cup proposal, plans two opening ceremonies, one in Canada and the other in Mexico.

For its opening match, Mexico does not have an adequate stadium because, on the one hand, the Estadio Azteca, in addition to its age, has the commercial problem related to its boxes, which were sold out for 99 years. On the other hand, there is the problem of limited seating capacity at the Chivas and Rayados stadiums, since ideally more than 70,000 seats are required for the opening matches of the World Cup.

This opens the opportunity to the National Stadium of Mexico, in Monterrey, which is planned to be the home of the Tigres soccer club and the NFL. If it materializes, it will be the only new, large-capacity stadium in Mexico, which would make it the ideal setting for the opening ceremony and match of the 2026 World Cup.

In Mexico, we tend to assume that the inauguration has to be hosted in Mexico City, but no FIFA rule specifies that it has to be in the country’s capital. Let us remember, for example, that Barcelona, Milan, Chicago, and Munich have hosted an opening match for their respective World Cups. Monterrey is a city that undoubtedly can host the opening ceremony of the 2026 World Cup if the National Stadium is completed on time. We are working on that and we see that there are conditions for it to start soon.