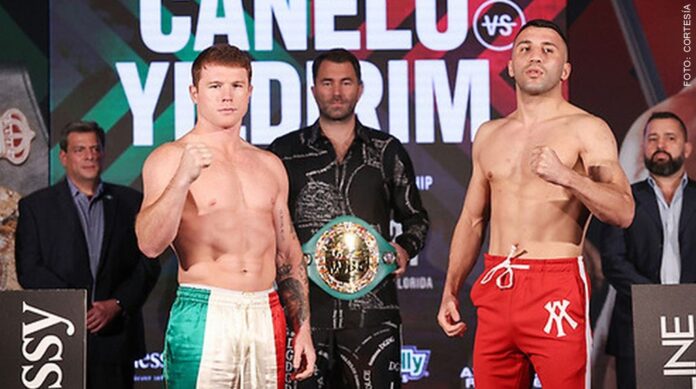 Here we tell you when and at what time will Saúl Álvarez fight against Turkish boxer Avni Yildirim.

Saúl Canelo Álvarez will once again step into the ring, this time he will face Turkish boxer Avni Yildirim at Hard Rock Stadium Miami, the home of the NFL Dolphins; the first fight for the Mexican in Florida and this 2021.

Canelo and Yildirim will fight this Saturday, February 27, for the super middle titles of the World Boxing Association and the World Boxing Council in a stadium that will have a maximum of 15 thousand spectators due to the coronavirus pandemic.

Álvarez is the boxer who is at the top in the bets (10-1), therefore, Yildirim will seek to surprise in Miami, since he does not ignore the boxer from Jalisco, because a few years ago he helped him as a sparring partner.

“Surprises can happen. Andy Ruiz made us all freeze, taught us that no one should be underestimated. I don’t do it anymore, even if I have minimal chances, because things happen, not often, but they do, ”said Joel Díaz, Avni’s coach.

Canelo Álvarez, the best pound for pound of today, has been seriously criticized by several people and by some fans; However, he only seeks to be one of the best Mexican boxers and make history, which is what he has worked for for several years.

Do not miss this great fight between Canelo Álvarez and Avni Yildirim, so here we tell you where you can see it live.

Schedule and where to watch LIVE the fight Canelo vs Yildirim

In Mexico, the fight between Canelo and Yildirim can be seen on Azteca 7, its digital platforms, ESPN, Canal de Las Estrellas and TUDN starting at 9:00 p.m.

While ESPN and DAZN will be broadcasting the contest in Latin America; only the streaming platform will not broadcast the fight in Mexico.

You can also follow the coverage of the fight Canelo Álvarez vs Avni Yildirim through our platforms: web La Afición | FB The Hobby | Twitter @laaficion

If there is no fair, there will be isolated events to promote Durango tourism