Through gastronomy, Iván and María Ángela brought to the port a bit of their traditions with authentic arepas and empanadas

Mazatlán, Sinaloa. – While thousands of businesses in the port closed their doors due to the coronavirus pandemic, some out of obligation as it was not an essential line of business and others due to the low sales they had due to social confinement, Iván Ramírez and María Ángela Scilla, Against all odds, they started their own business.

Both from Isla Margarita, Venezuela, arrived in Mazatlán in the last quarter of 2019, never with the purpose of opening an establishment, but were instead bordered by the health crisis due to unemployment.

“I have been in Mazatlan for one year and five months, I am a chef and I was working in Puerto Vallarta in a restaurant, my job was only to make the menu, restructure the kitchen staff, that in three months,” said Iván.

At the end of his contract, Iván learned that in Mazatlán they were requesting a chef urgently in a Venezuelan restaurant, so he decided to come to the port for another three months, then he had to travel to Cabo San Lucas, where he already had a work commitment. .

The establishment belonged to a sister of María Ángela and that was where they met. In that period of three months, Covid-19 caused havoc in the country; plans changed, the restaurant was sold, and everyone was left without a job. 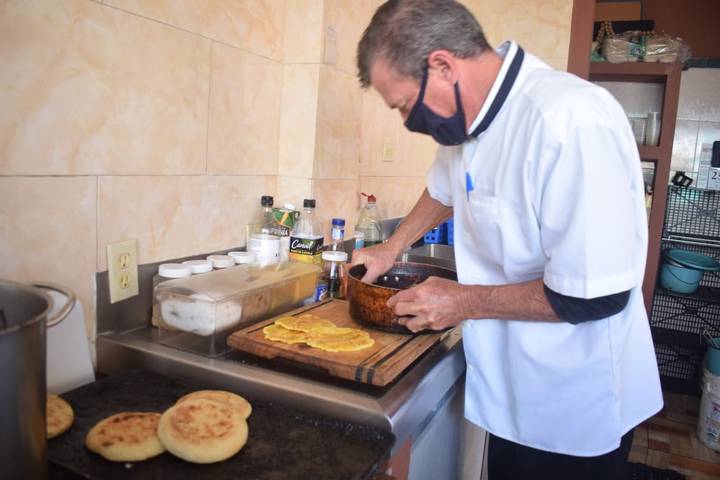 They offer Venezuelan gastronomy in the port.

We were left without work and I said: well, we have to do something ‘, so I started selling arepas on the street Ivan Ramirez

He spent several weeks making arepas at his home and going out to sell them on the streets, this circular-shaped dough product made with corn flour, the flagship of Venezuelans internationally. He started by making 12 pieces a day, then almost without realizing he made up to 50, it was there that he decided to have a fixed place to make and sell.

“This ‘corner’ is seven months old, but the work that I had already been doing was walking and I would put 12 arepitas in a cooler and I would walk around to sell them, what’s more, then people started buying me, the boys from the Shopping centers began to find out through others and one day I was selling 50 arepas a day, “he said. 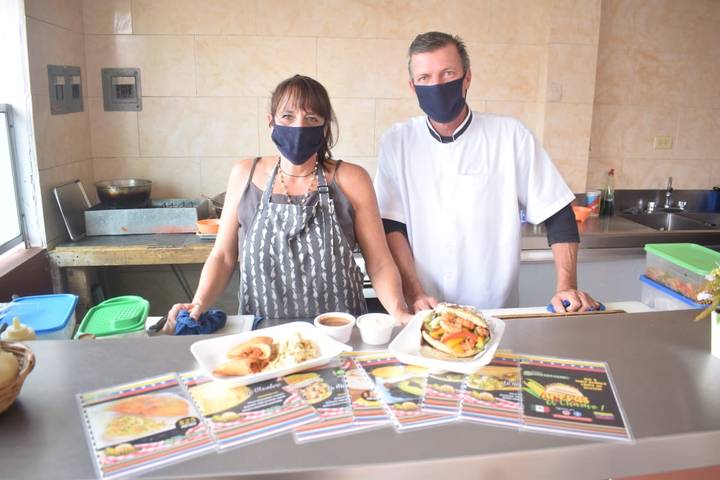 Without many tools to carry out the business, some utensils were taken from home and others were loaned, at the corner of Teniente Azueta and Calle México, in the Center, in the middle of a gloomy panorama, Arepas “El Chamo” opened.

“When we opened this place they told us: ‘Did you guys go crazy? Everyone is closing and you are going to open a business.’ That’s how we started, in a two-burner kitchen and cooking in a pot.

People began to find out that I had already opened a place and they began to come to give us support, they bought us empanadas and arepas. Eventually they said, ‘hey why don’t you make breakfast?’ and then ‘why don’t you make food?’ and I started adding the dishes, “he recalled. 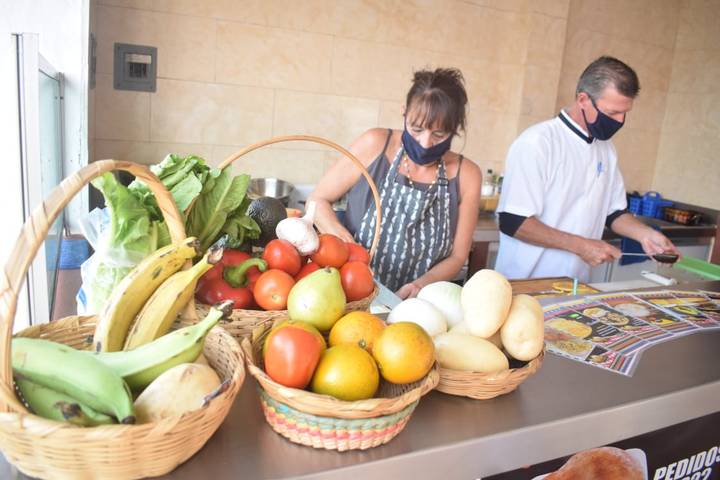 Iván comes from a family of eight siblings and his mother brought them forward “at the tip of arepas”; I made arepas in the morning for breakfast, when I went to school I would put another one for them for recess and the ones that were left in the morning were saved for dinner at night.

His beginnings in gastronomy are due to his mother, Luisa Tabares, who from one generation to another, have inherited the recipe to make arepas, a dish that has its origins in pre-Columbian times.

I learned cooking from my mother and that comes from one generation to another; what characterizes us is that these flavors are inherited 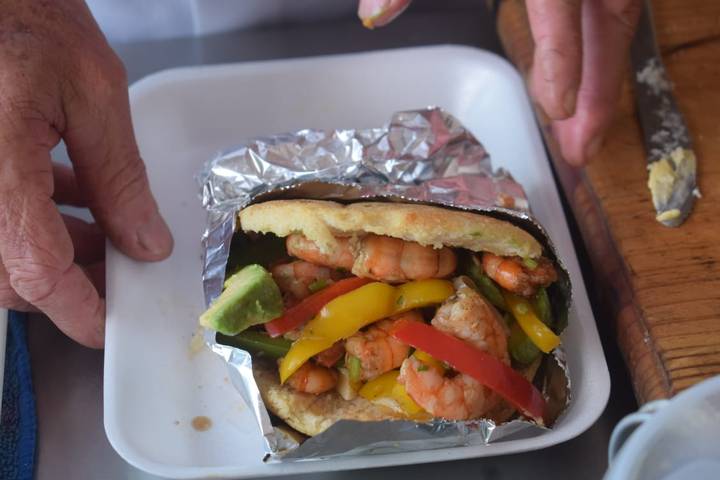 In addition to offering arepas and empanadas, there is also ham bread, patacones, black roast and could not miss the typical dish that represents the South American country in the world: the Venezuelan pavilion, which consists of black beans with rice, fried plantain and shredded meat and if you want a pavilion “on horseback”, you put a fried starry egg on top.

The same elements, but a different way of preparing them, says Iván, is what differentiates the kitchens of both countries; however, they have also had to blend flavors to please the Mexican palate, by incorporating fillings that are typical of here.

But there is also an element that unites them, which is corn, classified as a staple food in the indigenous diet in Latin America; What makes Iván and María Ángela’s arepas authentic is that they are made with the original PAN flour. 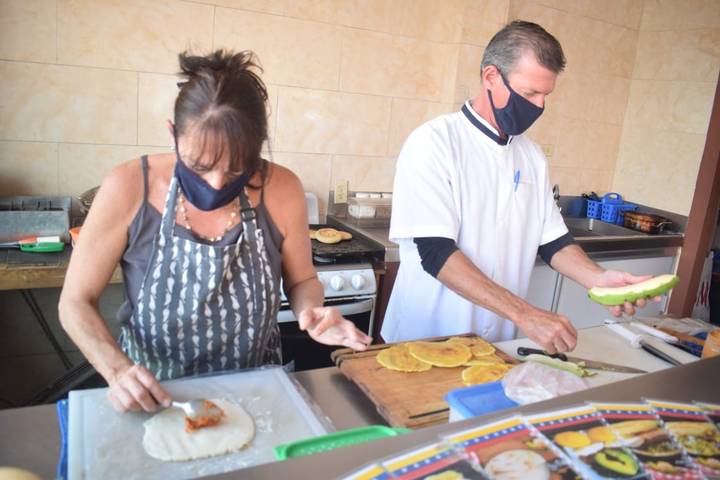 “The seasoning we have is 100% Latin, we use ingredients that are very similar to those used in Mexico. Gastronomically speaking, the Mexican and the Venezuelan have the same cuisine, only different preparations,” he said.

The arepa for the Venezuelan is like a taco for the Mexican and although there is a “discussion” about the origin of this dish, if it is from that country or Colombia, what Iván is sure of is that his countrymen brought the arepas to all the world.

Petco Querétaro will participate in the fundraising campaign for sterilizations, find out how you can help