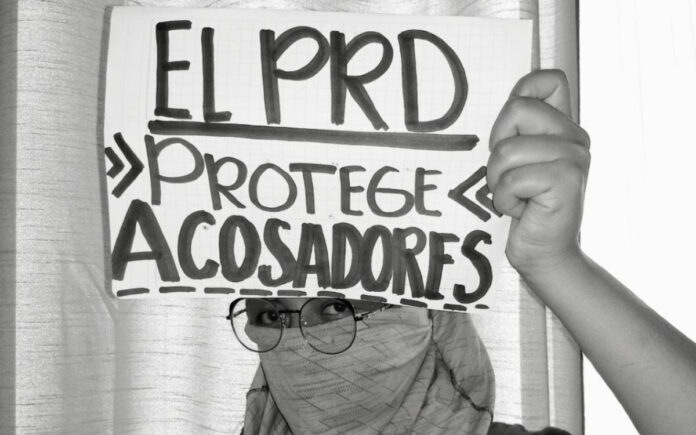 The PRD dropped Gamaliel Ochoa, in Durango, and Movimiento Ciudadano, José Elías Medel Galindo as a candidate for local deputy in Puebla.

In recent days, two candidates were withdrawn from the electoral contest after being involved in alleged cases of sexual assault or gender violence.

The Party of the Democratic Revolution withdrew its support for Gamaliel Ochoa, a candidate for federal deputation for the state of Durango since a file for harassment and sexual abuse came to light.

The second case was in Movimiento Ciudadano, when José Elías Medel Galindo lost his registration as a candidate for local deputy in Puebla, after Facebook photos were released in which he posed next to his daughter, a minor, in situations rated as inappropriate.

These cases occur in the midst of the controversy over the candidacy of Félix Salgado Macedonio to the governorship of Guerrero for Morena.

Feminist collectives and organizations that defend the rights of minors demanded an investigation into the conduct of Elías Miguel Medel Galindo due to the images broadcast with his daughter. After the controversy, he lost his registration as a candidate for MC local deputy for the seventh district of Texmelucan, in Puebla.

On Saturday, the governor, Luis Miguel Barbosa, reported that the Attorney General’s Office for the Defense of Minors had initiated a file, for the photos of an 11-year-old girl in inappropriate situations with her father.

In addition, the Attorney General’s Office, which depends on the DIF, took care of the girl and directed her with specialized personnel to carry out medical examinations.

“Elías Miguel does not meet the fundamental requirement to be a candidate of the Citizen Movement: To have the support of his community and to prove faultless conduct, so he has no possibility of accessing a candidacy,” says Sergio Cendejas, secretary of Political Communication of the party. “We say it loud and clear, in Movimiento Ciudadano there is no room for those who attempt against the integrity of girls, boys, and all people .”

Medel assured that they were slander and the product of a political attack against him, but the photographs and screenshots were already viral, despite the fact that he had deleted them from his profile.

“I consider and I am totally convinced that even politics should have respect. There is a limit called family and that cannot be hurt and even less when the person who gets hurt is a minor, ”Medel said at a press conference.

Feminist groups demanded that Gamaliel Ochoa Serrano be withdrawn from the candidacy, as he faces a process for harassment and sexual abuse. The PRD agreed to “break the pact” and canceled the application.

With the hashtag ElPRDProtegeAcosadores on social networks, the protest was raised in Durango after his nomination as a federal deputy by the multi-member route by the Party of the Democratic Revolution.

The feminist collective Las Que No Arden pointed out that Ochoa Serrano has an open process for gender violence, so he should be dismissed.

Phrases such as “I do believe you, Lucia”, “I do not want any stalker to leave you in a state of impunity for obtaining jurisdiction” or “PRDProtegeAcosadores” circulated on social networks until the candidacy was canceled.