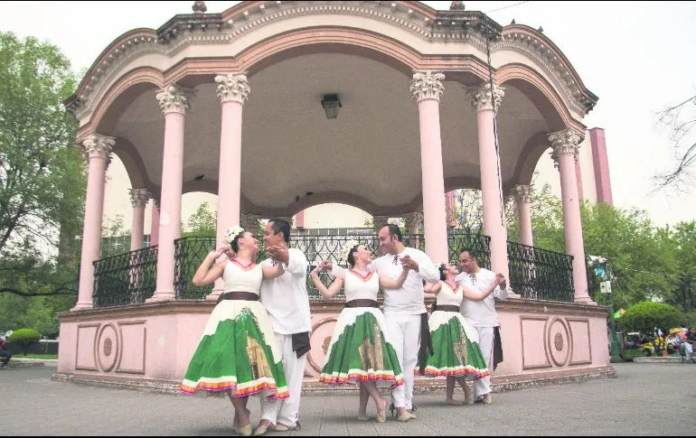 When you think of a tourist destination to vacation, you invariably think of the beach, there are very popular and crowded places in the Mexican Republic that enjoy the influx of visitors, but there are other states of the country such as Tamaulipas that hold many surprises for visitors. travelers and that they are an excellent option for their variety of climates and enigmatic places.

Tamaulipas, as its current tourist slogan indicates, is “The surprise of Mexico”, it has desert, tropical, temperate, continental, and even snowy ecosystems, as in the municipality of Miquihuana. The entity offers lagoons such as “El carpintero” in Tampico, which connects with Paseo La Cortadura; semi-desert landscapes such as Tula, monumental views of the Sierra Madre Oriental, and of course the sea, which converges with the Pánuco River on its border with Veracruz. Miramar beach in Altamira, for example, is one of the busiest.

In an interview, Fernando Olivera Rocha, Secretary of Tourism of Tamaulipas, delves more into the qualities of the State as a growing tourist destination. “The State of Tamaulipas is close to the Center of the country. When we think of (the Entity) it is thought that you have to dedicate between 10 and 12 hours to go to the border, nothing more than if you drive from Mexico City, Tampico, Ciudad Madero, and the southern metropolitan area of ​​Tamaulipas is at Less than five hours to get there and in that radius, you have already arrived in Guadalajara and it is not that far away, it is so close to being able to enjoy Tamaulipas ”.

It recognizes the great diversity of the State, “it has 400 kilometers of beach, its 400 kilometers of the border are very attractive, but also very important in terms of medical tourism, spaces, and mountains such as the Sierra Madre Oriental that allows you a mega diversity in matters of nature, for example, the ‘El Cielo’ biosphere reserve, but also other mountains that allow rafting, caving and hiking activities ”.  Another of the sites with great history and roots that the Entity has is the royal road to Tula in the Altas Cumbres area, very close to Ciudad Victoria.

“In its diversity, it has a semi-desert, as in Tula, a magical town, but it is one of the few States that offers hunting tourism for hunting and sport fishing, there are all the tourist activities to do in the State.”

The gastronomy is also very vast and attractive in Tamaulipas. In Tampico, for example, there are the classic Tortas de La Barda, which have among their ingredients, French bread, beans, chorizo, ham, tomato, onion, pork cheese, yellow cheese, shredded meat, avocado, and white cheese, with the also classic pork rind sauce.

The seafood at Playa Miramar is a delight, especially those prepared in the restaurant of the Arenas del Mar hotel, which also offers a beautiful view of the beach. In Tula, for example, enchiladas Toltecs are inevitable and their gorditas stew, the pork rind in green sauce are unmissable, but sting and well.

In Ciudad Victoria, the kid is excellently eaten and there the flutes are flour tortillas rolled up with food, like what would be similar to a burrito, but beware, you do not have to pronounce that at the table because it can hurt susceptibilities, as it happens in Mexico City and the dilemma of whether the quesadillas contain cheese or not. And of course, there is also the very classic Tampiqueña meat, which is even very popular in the center of the country.

Among the typical sweets, in Tula is the ponteduro, which has a texture similar to that of pinole and another sweet that is based on piloncillo and sesame, as well as the typical cacti snow with flavors such as pitaya and biznga, to mention some.

A state with exponential growth

The Secretary of Tourism points out that the vision of Governor Francisco Cabeza de Vaca for the South of Tamaulipas has great growth. “The economic activity of petrochemicals and oil is very important, there is the Madero refinery, but it is an area that has very important port activity, such as the ports of Altamira and Tampico, (the latter) which is so important in the 19th century. the development of the history of El Golfo. But today, without a doubt, the tourist activity in Tampico and its surroundings such as the Ciudad Madero beach and nature and the large number of lagoons and lakes that Altamira has, make it up as an exceptional tourist destination ”.

Remember that Tampico, known in the past as the capital of the Huastecas, recovers its splendor in infrastructure so that a tourist circuit is developed in the area. “We have Miramar beach, the second most important for road tourism in Mexico, another point is the restoration of the historic center of Tampico, we have started with the remodeling, such as the municipal market as one of the great new works that have been done in this government”. They also seek the rehabilitation of the old warehouses of the port administration of Tampico to create an entire corridor over the Pánuco River.

How to get from Guadalajara to Tampico?

If you are from Guadalajara and want to know the southeast part of Tamaulipas, you can take a flight from Guadalajara to Mexico City, it is approximately 50 minutes of travel, and then fly from CDMX to Tampico, which is about 45 minutes flight. The airlines that can be taken are, for example, Viva Aerobus and Aeroméxico.

Since May 2020, Tamaulipas realized that biosecurity would be very important to build trust. “If people are confident that they are not going to be infected in a destination (by COVID-19) they will visit it, but not, and one of the elements is to give those guarantees of good hygiene and sanitation practices,” says the secretary.

“On May 15 (2020) we launched a program called ‘SaniTam Pro’ in Tamaulipas, this program was one of the first in the country that began to talk about good practices. We did not fight with federal certifications, but what we did was create a protocol of good practices so that people could realize that hotels, restaurants, travel agencies, and transporters were doing their correct job of hygiene and sanitation ”.

In collaboration with Cofepris, this protocol was adopted so that establishments of all types of commerce signed a letter of commitment to managing businesses in hygiene and sanitation with good practices, recalls the secretary of tourism that more than seven thousand establishments have signed the letter so far.