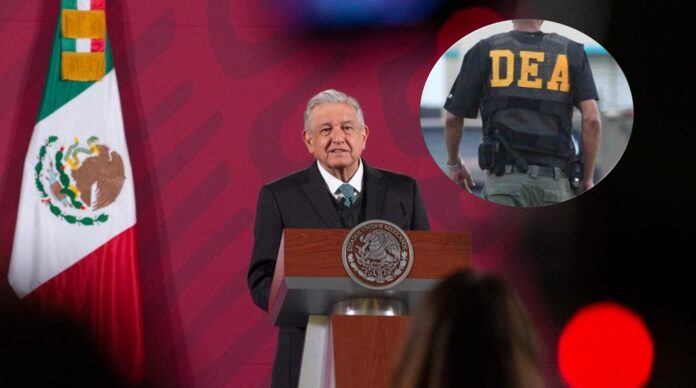 Joe Biden’s new administration must deliver $ 100 million to the Mexican government before October, but so far there are few official contacts

With funds for Mexico in excess of $100 million dollars in the justice and counter-narcotics sector alone for the fiscal year 2021, the United States government remains waiting to start the delivery of cooperation resources, one month after starting the administration of President Joe Biden.

There is still no clarity on that cooperation between the Joe Biden government and the Mexican government, “on priorities, on whether the coaches or counterparts can be on Mexican soil according to the new Internal Security Law,” Adam Isacson said in an interview, Director of Defense Oversight of the Office for Latin America in Washington (WOLA, for its acronym in English). “The suspicion is more on the Mexican side.

The United States government is interested in providing that aid, in working with the National Guard, and there are few official contacts. It is possible that much of that aid will either not be delivered, or it will have to be directed to other priorities such as judicial reform, ”Isacson explained.

The fight against organized crime groups and migration from Central America are two topics of interest to the United States government, “I estimate that today the United States gives Mexico more than 200 million dollars for different areas, and little more than 100 million go to the military, to the police, ”he said.

“It is still just as difficult to get information from the Pentagon side. The Government of Mexico is a great reason for that because it does not want so much to be known about its relationship with the United States military. But according to the Congressional Investigation Service in 2019, through section 333, Mexico was given 55.3 million dollars in aid, ”said Isacson.

The Pentagon reported in a statement that “the three secretaries agreed to work together in areas of mutual interest in defense and security, each respecting sovereignty and foreign policy interests, and to continue consultations on these issues in the future.”

Claire Ribando Seelke, a specialist in Latin American affairs at the Investigative Service of the United States Congress, pointed out in an analysis published last January that Mexico has received anti-drug aid from the US government for years.

“But that cooperation was limited between the mid-1980s and mid-2000s due to the distrust that the United States government has in Mexican officials, and the Mexican sensitivity about the involvement of the United States in the internal affairs of the country.” Ribando Seelke explains.

Now, Adam Isacson added, “there will be controversies about the background check of all those trained, there will be friction over the consequences of the Cienfuegos episode.“

It should be noted that the United States government provides aid funds to Mexico through the Department of Defense, as it is the agency that by law is in charge of combating drug trafficking; and also via the State Department, which, in addition to delivering its own funds, is responsible for the implementation and evaluation of those provided by the Pentagon.

In 2017, after the reform, the Pentagon included military aid programs in the Defense Budget in Section 333 which is part of the Permanent Defense Act, title 10 of the United States Code.