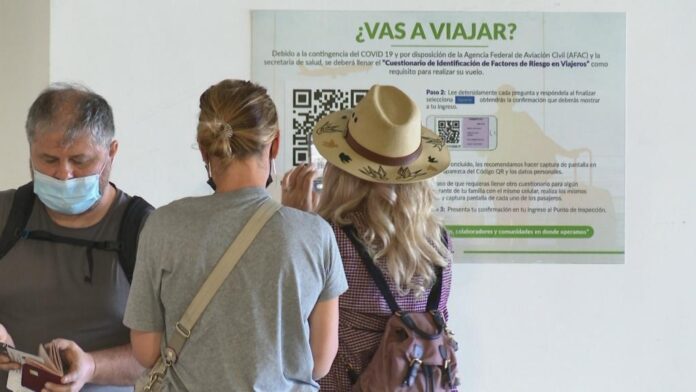 Although minimal, if there will be any effects on the request for negative tests for Covid-19 at airports, however, health is a priority and we must adhere to the measures and protocols, the municipal tourism department of La Paz pointed out.

In this regard, Eduardo Van Wormer, director of municipal tourism in La Paz, specified that the main problem will be in economic matters, I understand that international tourism is the main consumer of any type of service in the municipality.

“It gives more than anything a view also to the problems that are being experienced according to the pandemic in these places, we are not the only ones and we are not the exception. Apparently, they are experiencing a great increase as well and a great situation in terms of the increase in infections, so I think there will be some effects naturally, but at this time I think it is very important to privilege health care.

Above all, the economic impacts, we are seeing them, however, we see that there are other ways of how to diversify or get creative in some way that, I think, the creativity that has been implemented has been part of the success of the businesses, “he said.

Faced with this situation, he pointed out that the strategy is and will be to promote and strengthen local tourism, for the municipality and the delegations due to the large mobilization of tourists who, out of fear or ignorance of the scenario, have preferred to return to their place of origin.

“We have tried to strengthen local tourism a lot, so that the various places and tourist spots in our municipality and the delegations with a tourist vocation have a boost because they have also been affected, without a doubt.

So, I think that, if there is going to be an important panorama, which is already being lived because we even had the news that a large number of tourists are looking at the way to return to their place of origin this as a result of the news that happened and we already saw that they have been wanting to return. There has been a great movement for concern since they did not know if they could get their tests here or if they will be able to return without the test, “he said.

Finally, he mentioned that, fortunately, the installation of PRC and Antigen test modules at the La Paz and Los Cabos airports will be of great support, so as not to lose travelers in terms of air connectivity but also to continue taking care of everyone’s health.