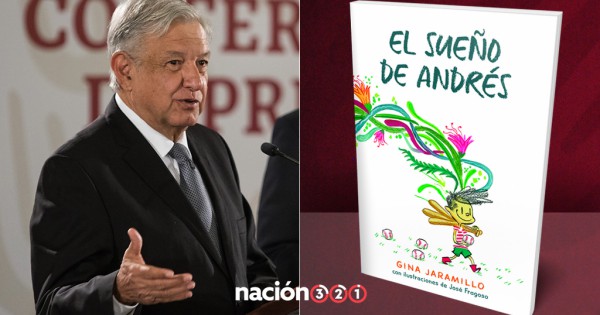 Sit in the chair, put on the tricolor band, become El-Señor-Presidente-de-la-República. To have that immense power that so few have had (twenty in the last 100 years) and to be History. It was Andrés’s dream, the most ambitious and stubborn being to reach the presidency that Mexico has ever seen. The narrow defeat of 2006 presented him naked: ready to carry out a coup with his hosts occupying Congress, designing the operetta of proclaiming himself “Legitimate President of Mexico” in the Zócalo. The authoritarian wolf in the sheep’s clothing of the democrat.

That character returned in 2012 and was successful six years later. The culmination of the 14-year journey, undoubtedly the presidential candidate who toured the country the most, who stepped on settlements and town squares that no national politician even considered visiting looking for the vote.

But those places left no mark. He contemplated poverty, but did not see it; he listened but did not understand. Without advisers or experts then or now, a series of misdiagnoses matured for which he devised equally misguided strategies. Of course, with the virtue of easy understanding for the masses that he never tired of hammering with his words. Until today, with the mornings, the passion for the microphone, the taste for the sermon embedded in incessant monologues. The conviction that to speak is to govern.

The set of easy solutions was to unleash the laughter of the most cynical politician on the collective intelligence of the electorate. Uncontrolled violence? Hugs, not bullets. Rampant corruption? It will disappear from day one thanks to an honest President. Access to health? A system like Denmark, with free treatments, medicines, and consultations. Money for those projects? Republican austerity and zero corruption. And always the song: first the poor.

Simplifying, the symbols that blinded so many: selling the plane, closing Los Pinos, living in the Palace. The contrast with the corruption and the peñista sumptuousness created the illusion and brought many votes.

Andrés now lives his dream intensely. Every problem of the Republic is being attended to with the singular wisdom of his thoughts now made action. The Secretaries of State are simple transmission belts. He has already shown it since the resignation of the first head of the Treasury: whoever does not like it, let him leave, that there will always be people without capacity, but with loyalty, on which to draw.

The nightmare, which Andrés does not see as if every day he was wearing virtual reality glasses. The millions of new poor that have been added to the existing ones, the hundreds of thousands of deaths from pandemics, other diseases, or from incessant violence. The hungry without soup kitchens or mothers without daycares, children without chemotherapies, all to extract and refine oil. The corruption of those around him, and who have shown that the Palacio’s tenant is an enthusiastic promoter of corruption. There is only one condition: shout from the rooftops that one is honored. There yes, lead by example.

Andrés is happy, his sleep seldom disturbed by complaints in filthy magazines or those now cursed social networks. Stripped of his democratic skin, an authoritarian and messianic demagogue. So it will continue, while those who are not family members or collaborators continue to live and die in a nightmare that no people deserve.