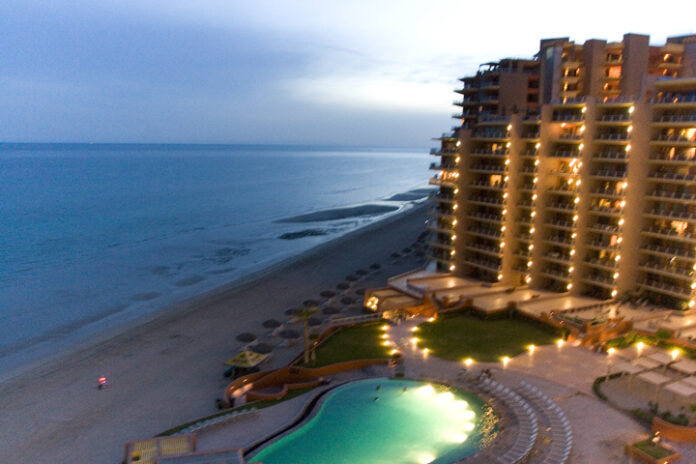 The private initiative together with the Sonoran Association of Tour Operators, Guides, and Tourist Hosts, as well as providers of tourist services from Puerto Peñasco, have begun promoting this beach destination as a travel alternative for national tourism.

Julio César Rascón Torres, president of the Sonoran Association of Tour Operators, explained that this Thursday a promotional event was held with local travel agencies in Hermosillo, Nogales, and Ciudad Obregón, who would promote the destination nationwide.

Likewise, in this promotional event called “I want to go to Puerto Peñasco”, tourist networking, the Route of the Missions was promoted, with the participation of the Magdalena de Kino, Caborca, Pitiquito, and Trincheras Town.

“Starting in February, March, the Tour Operators Association, in coordination with these companies, will present five-day, four-night tour packages for travel agencies to promote tour packages to leave from Hermosillo, take them to Magdalena, the Ruta de the Missions of Father Kino, Caborca, Peñasco, visit the Pinacate Reserve and the Gran Desierto de Altar, that’s the idea, promote those destinations for travel agencies ”, he explained.

At the moment this promotion is done entirely through private initiative, he said, but later the project will be presented to the Tourism Promotion Commission so that it supports them in spreading it, but they decided to go ahead to attract more visitors.

“For Peñasco there is a lot of market like Tijuana, Ciudad Juárez, Monterrey, Guadalajara, Mexico City, it is a very important place as a great beach destination … is the idea of ​​this meeting, to promote because Puerto Peñasco is already positioned with the North American community, but the idea of ​​this type of event is to promote the national market ”, he explained.

The prices are also accessible for the national market, so they seek to work as a team to facilitate everything from logistics to being able to offer competitive costs within the country’s internal market, which will help to reactivate the union in the entity.