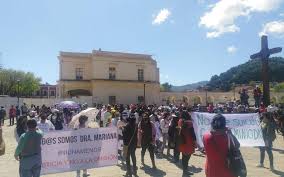 Hundreds of people marched this Sunday in Chiapas, in the Mexican southeast, to demand justice for the feminicide of the doctor Mariana Sánchez, who appeared hanged after filing a complaint for sexual abuse that the authorities ignored.

Faced with the national outrage that the case has aroused, the demonstration left from the Plaza de la Resistencia in the center of San Cristóbal de las Casas to the law school of the Autonomous University of Chiapas (Unach), where civil organizations, teachers, and students. The protesters carried banners and banners to demand justice and the resignation of the director of the medical school and the rector of the Autonomous University of Chiapas, where the 24-year-old was doing her internship.

“We think and firmly believe that it has been negligence, not only of the administrative institutions but also of the academic ones since the university has not been a total companion in this process for the family in the search for justice”, expressed Ana, one of the protesters, to EFE.

The case of Mariana, a graduate of the Unach medical degree, has caused national outrage since the discovery of her body this Thursday because days before she reported a violation during her social service in the Nueva Palestina community, municipality of Ocosingo, in the jungles of Chiapas. 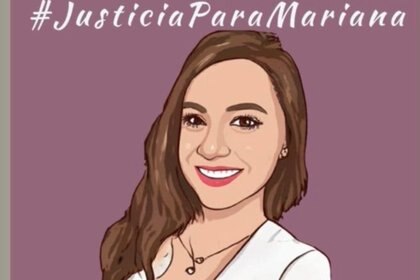 Crime transcends after Mexico registered an annual increase of 0.3% in femicides in 2020 (Photo: Twitter)

Mariana filed a complaint with the State Attorney General’s Office (FGE) and a report with the State Secretary of Health, to which she belonged, but the first showed indifference to the case and the second only offered her a month of vacation.

Her colleagues say that the health authorities told Mariana “to take a month of vacation to” recover. “

They also affirm that the young woman expected the health authorities to move her from that place and send her to another community, but they did not succeed. They affirm that she did not want to return to the site where she suffered this attack.

” Mariana is a pilot case of many of the abuses and excesses with women regarding violence and femicide, we are all aware and hurt at the moment by the pandemic, by the fall of doctors and nurses who have fallen and (this) It is inconceivable, ”said activist Mayda Gil. The crime transcends after Mexico registered an annual increase of 0.3% in femicides in 2020, which means that at least 1,015 women died in a murder typified by sexist or gender violence.

The protesters gathered at the gates of the university, where they held a rally in which they demanded justice and accused the Government of Chiapas of allowing a state of femicides.

“Mariana was a social service intern as such, she was still a student at this university and therefore her rights and protection of human rights had to be guaranteed, not only as a student but also as a woman and provider of health services”, Ana claimed. 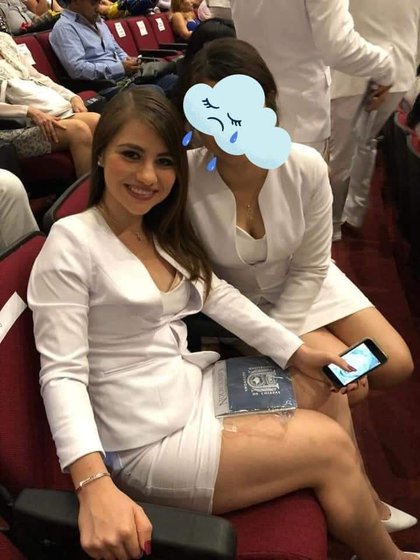 At the end of the march, the protesters placed candles, flowers, and banners at the university to honor Mariana’s memory. The Chiapas prosecutor’s office stated in a statement that the body did not show signs of violence and sexual assault, and the autopsy of the law determined that the cause of death was “mechanical asphyxia by hanging.”

But the Ministry of the Interior (Segob) of the Federal Government announced that it has applied the Investigation Protocol with a Gender Perspective, which is why it is working with the Government of Chiapas to “clarify the femicide.”

The head of the Federal Ministry of Health, Jorge Alcocer, issued a statement this Sunday in which “he expresses his indignation and reiterates his position of zero tolerance towards behaviors and manifestations of gender violence.”

Students from the Bachelor of Medicine, Tapachula campus, marched to protest the death of Mariana, who denounced a case of rape in her work area in the Nueva Palestina community, in Ocosingo.

The students advanced from the facilities of the Autonomous University of Chiapas (Unach), in the direction of the Miguel Hidalgo central park, where they exposed their rejection of this cruel case that they have indicated as a femicide.

With slogans such as “your voice is in each of our struggles until you do justice Mariana”, the students issued their cry for those responsible for the rape and alleged murder to be arrested.

Prior to their departure, they placed lighted candles as a tribute to the deceased student, then with the same lights they advanced on their walk along 4th Avenue South until they reached the downtown area of ​​the town, where they planted themselves on the central esplanade of the civic square.

The contingent of students and residents who joined the protest, remained for an hour demanding that the Attorney General’s Office (FGE) resolve and give as soon as possible to those responsible for this atrocious act, which has shocked Chiapas, even Mexico.

“We are here protesting to stop this wave of violence that is claiming lives not only in Chiapas, but throughout the country, the murders of women must stop,” they said.

At the same time as in Tapachula, the protests were coordinated in Tuxtla Gutiérrez and San Cristóbal de las Casas, while the state authorities began their investigations.