With the end of the fiscal pact, what would lose out would be the citizens, warned an expert on the matter.

Citizens would be the most affected by the end of the fiscal pact between the states of the republic and the federal government, warned Isidro Mendoza García, an expert in law.

The Federalist Alliance of Governors announced this week that they would hold public consultations to decide whether to remove their entities from the fiscal pact due to dissatisfaction with the resources they receive from the federation.

Among the local leaders with these intentions are Enrique Alfaro from Jalisco; Silvano Aureoles from Michoacán; Jaime Rodríguez, “El Bronco” from Nuevo León; as well as the PAN members Martín Orozco, from Aguascalientes, and Diego Sinhué Rodríguez, from Guanajuato.

Given this, President Andrés Manuel López Obrador assured that a constitutional reform would have to be made to change the budget distribution formula; however, he emphasized that nothing is owed to the states and they will not be given more resources.

“There are states that request more resources and those resources are those that are given to other states because the federal budget is not distributed on a whim, but there is a formula,” added the president.

In an interview for Forbes México Mendoza García stated that with the termination of this tax agreement, in addition to affecting citizens due to the decrease in resources in the region, there could be repercussions on social and security issues.

“If a federal entity decides to leave this alliance in fiscal matters, it does not mean that the federal Executive ceases to have a presence in security matters, however, the resources with which the governor would face these needs would be less, and it would be reflected less security for citizens, “said the expert in law.

The jurist from the National Autonomous University of Mexico (UNAM) stated that in this agreement the local governments assist the federation in tax collection with their own infrastructure, for which the federation grants them a corresponding resource to each entity.

In that sense, he pointed out that with the end of the fiscal pact there would be losses for both parties.

He recalled that the federal pact, different from the tax issue, is embodied in the Constitution since it is a historical element in which the union between the federative entities is established with respect to their self-determination.

Faced with this conflict, he stressed that moments of crisis put governors’ negotiating skills and political skills to the test, despite having different ideologies or belonging to different political parties.

“The least that the citizen can expect is the division of ideology and that this has a direct impact on the economic, social, and security aspects. It is a moment for federal and local leaders to test that ability to reach agreements, ”he said.

What is and who is part of the Federalist Alliance

It is currently made up of 12 opposition governors, although it was born with three members from the northeast of the country

The three presidents demanded more resources to strengthen health services and the revision of the fiscal pact because they consider that the entities in the north of the country are the ones that contribute the most resources to the federation and do not receive what is necessary to solve the needs of the entities.

Over time, you were adding more governors opposition to become the so – called Alliance Federalist now brings together 12 state governors None of Morena , the party that led the president to Andrés Manuel Lopez Obrador.

Only in the first five games were El Bronco , Riquelme and García Cabeza de Vaca present . At the Sixth Interstate Meeting , on April 24 , there were already two more governors: José Rosas Aispuro , from Durango , and PRD Silvano Aureoles , from Michoacán . 65 entrepreneurs also attended and 500 were connected in a virtual way to define the economic reactivation. 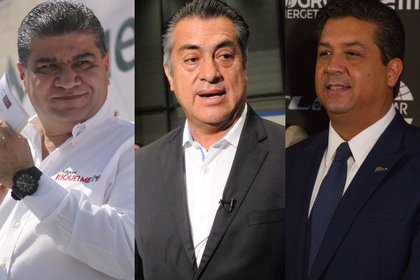 And for the Ninth Interstate Meeting on 15 May, the bloc added to Enrique Alfaro , president of Jalisco emerged Citizen Movement ( MC ), and José Ignacio Peralta of Colima by the PRI , joined to coordinate actions against the coronavirus.

The PAN Diego Shinué , from Guanajuato , arrived on June 5 at the Twelfth Interstate Meeting . While at number 14 Javier Corral , Chihuahua (PAN), requested to join.

” Resist in unity, our greatest strength ” is the motto of the Federalist Alliance since it was the Northeast COVID-19 Coordination. 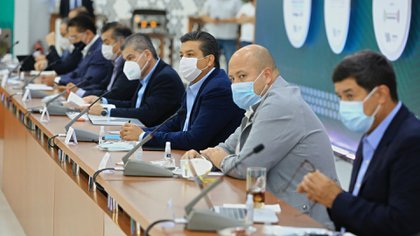 Federalist Alliance is made up of opposition governors (Photo: Screenshot)

Jaime Rodríguez has made 11 trips in total for interstate meetings: three to Coahuila, three to Tamaulipas, two to Durango, one to Michoacán, one to Colima and one to Jalisco. Three meetings have been in Nuevo León.

Only one, the Fifteenth Interstate Meeting held on July 3, was held virtually . It was scheduled in Guanajuato, but that week the governor of Tamaulipas, Francisco Javier García Cabeza de Vaca , tested positive for the coronavirus .

The members have criticized the performance of the federal government in the face of the coronavirus epidemic , and have even demanded the resignation of the so-called anti – coronavirus czar Hugo López-Gatell for what they consider to be poor handling of the health emergency. Javier Corral declined from the demand. 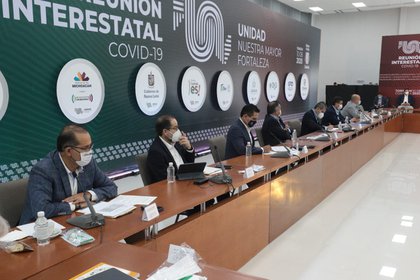 The Federalist Alliance demands the revision of the fiscal pact, among other things (Photo: @GobAgs)

El Bronco , governor of Nuevo León, said that for now they are concentrating on facing the health crisis, so he ruled out that the Alliance has electoral purposes .With the pandemic, know the hell if we get to 2021. We are not here, no one is working for the election right now … what’s more, who knows if there is … the virus is keeping us busy

Among the agreements that have they reached the governors to tackle the health and economic effects of the epidemic, according to a statement from the government of Chihuahua they are:

– Create an international economic promotion agency for their states, given the disappearance of Pro-Mexico.

– Intensify the commercial relationship with Asian and European countries, for the benefit of the entities that make up the Alliance.

– Prepare a list of availability of doctors and nurses, as well as go to schools and medical schools, to find out their lists of graduates and launch a joint call to have the possibility of having enough staff to meet the demand of the normal problems and in particular, the subject of COVID-19.

– Strengthen the 32 health systems to guarantee effective access to the right to health for the entire population of the country.

– Create a scheme to take advantage of the experience of the Organization for Economic Cooperation and Development (OECD) for strategies to promote the economy at the state and regional level.