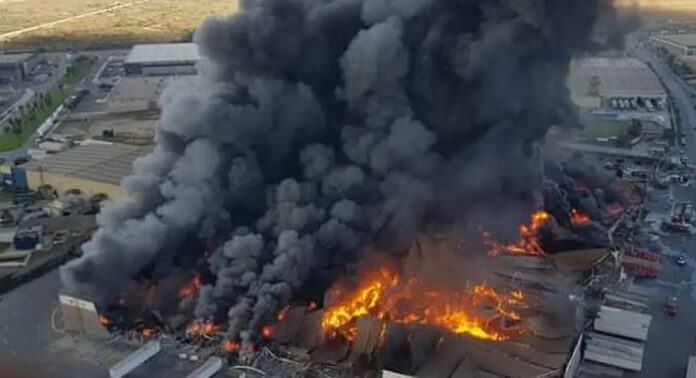 Firefighters fought a huge fire at a company in Santa Catarina, near Monterrey the state capital of Nuevo León, in northern Mexico.

A large fire occurred in a company in the municipality of Santa Catarina in the state of Nuevo León, in northern Mexico.

As reported by the municipal government on its Twitter account, emergency units of Civil Protection and Firefighters worked several hours to put out the flames.

Authorities also reported that at least 20 people were evacuated from the scene.

While Civil Protection of the state of Nuevo León indicated on its Twitter account that at least 30 families living near the fire were also evacuated.