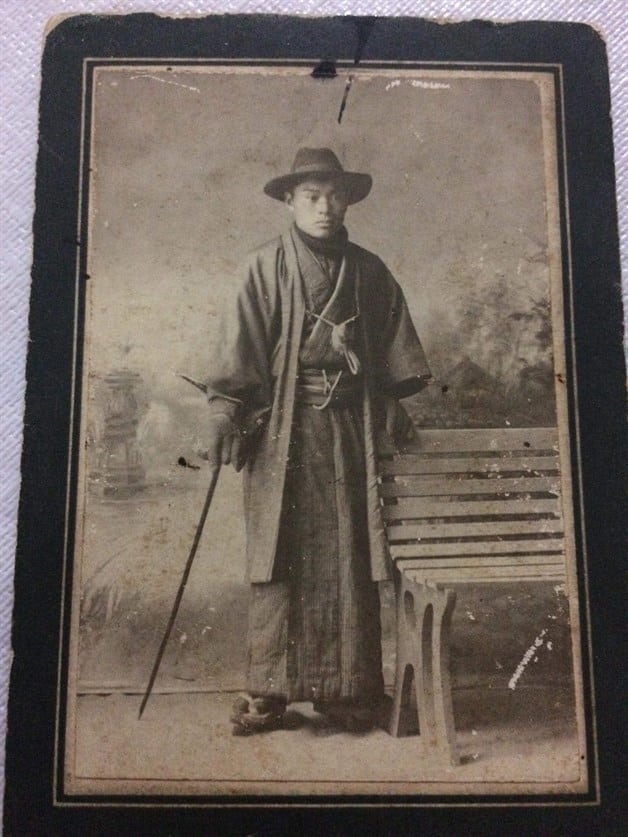 Daniel Furukawa, tells us the story of his grandfather Don Jose Maria (Kishiro) Furukawa Kameyama, the Japanese man who arrived in 1907 in search of a better life in America

MONTERREY.- When a regio says “let’s go for a Yuki”, all he wants is to drink something completely refreshing due to the high temperatures of Nuevo León in summer, however, very few know the origin of the name of such a delicious treat.

‘Granizado’ in Yucatán, ‘Trole’ or ‘Trolleybus’ in CDMX, ‘Raspado’ in other entities of the Republic, ‘Yuki’ in Monterrey, it could be said that they are similar, shaved ice from a solid water bar to later be sweetened with fruit syrups.

Unlike the Yuki that we now know in Monterrey, in the thirties, Jose Maria (Kishiro) Furukawa Kameyama, had brought special machines to make and sell kakigoris in the entity, baptizing said candy from Japan, as: Yuki.

WHAT IS A YUKI?

– Yuki (means snow in Japanese) or Kakigori (as it is better known in Japan), is a very popular dessert that is consumed in festivals, beaches, and restaurants during the summer in the eastern country.

– Among the most popular flavors are: lemon, strawberry, melon, grape, and green tea.

THE DAY OF THE KAKIGORI:

Even Kakigori has a public holiday a year, which is celebrated on July 25. This was because July 25, 1933, was considered the hottest day in Japan, reaching 40 degrees, therefore, it was ideal to take this drink.

THE ORIGIN OF THE YUKI IN NUEVO LEÓN:

Furukawa, said that during the Porfiriato, the attraction of foreign investment to Mexico, for development, was very strong at the beginning of the 20th century, since there was the construction of railways, sugar mills, mines, industry, among others. economic movements. With not enough labor in Mexico and an economic crisis in Japan, after the war against Russia ended, many Japanese bet on finding a better life in America.

“There were about 10,000 Japanese migrants who were lured ‘by deception’ to Mexico (including their grandfather), many believed they were coming to the United States,” Daniel said.

“They told them that they were going to come here to live in an extraordinary place, they showed them (the Japanese) photographs of the houses with gardens, very beautiful. And they came and put them in the sugar mills and they didn’t even have roof tiles. They died of diseases, they had no food, they had no water, they had no toilets, and if they fled the camp they would be killed, they were conditions of slavery, “he said, noting that most of the Japanese did comply with their contracts and it is believed that of those 10,000 Japanese, at least 2,500 stayed in Mexico.

“The reality is that there were many Japanese who died in the explosions of the mines in the coal region in several of the towns of Las Esperanzas, Coahuila. There in the municipal cemetery, there is a mass grave that is believed to be more than 200 Japanese buried and nobody mentions them, they don’t appear in the books, “he said.

Sometime later … about 4 thousand Japanese stayed in the coal region in Coahuila:

“After they finished building the railroad tracks, what did the Japanese do? Let’s go to the mines! With the sugar mills, conditions were very difficult and they said that here in the mines they were better. That is why in Coahuila there are at least 50 families of Japanese origin, more than two thousand descendants of Japan, “he said.

THIS IS HOW THE SALE OF YUKIS BEGAN:

It was on December 7, 1941, when Japan attacked Pearl Harbor, a surprise military offensive carried out by the Imperial Japanese Navy against the United States naval base.

“The United States, that is why it concentrates the Japanese in concentration camps, in fact, there are films that talk about the subject and they asked Mexico to do the same,” he said.

“I am very proud to be from Monterrey, because Nuevo León took care of its Japanese in those years,” when there was the Japanese persecution in Mexico during World War II, and when the state helped (possibly Governor Arturo B. de la Garza, 1943-1949) has not been concentrated during the visit of Theodore Roosevelt (26th President of the United States), to the state.

“A Japanese researcher, investigated in the General Archive of the Mexican Nation, and found some letters, from my grandfather’s investigation, where the governor of Nuevo León extended a letter to the Ministry of the Interior so that it was not concentrated, which was an honorable person, a person who had a good way of life, who did not represent a danger and who requested that he stay and be allowed to continue living in Monterrey, in that direction, “he said.

“The subject of Japan, Mexico, and the United States is a very long story, it has many nuances. And I am very proud of the governor of Nuevo León, whoever he is, it makes me want to put a photo of him here and thank his family because they protected our ancestors. If they hadn’t protected us, maybe we wouldn’t be here, “he added.

He also commented that after these events, many Japanese lives changed, and many fortunes were lost due to the concentrations in Mexico City and the few businesses “went bankrupt.”

“The Japanese of that time had to start and restart their lives, so one way of overdrawing it was to sell Yukis in the Alameda, to sell ice cream in the street.”

“The Japanese of that time had to start and restart their lives, so one way to survive was to sell Yukis in the Alameda, to sell ice cream in the street.”

“My grandfather bought a roof tile first, to put up a grocery store, then it grew, then a stake until it became a large store, and with the store they did better,” he added.

“People at that time liked (the Yukis) a lot and that’s why it became popular. When the machines disappeared, people began to look for another way to make them,” he said.

“I know that my grandfather brought a machine to make Yuki, but he was not the only one, because it is impossible that only one has made Yuki so famous in the entire Republic. There were other Japanese who also brought machines. We are talking about eight or 10 Japanese they brought machines, “he added.

(The machine seen in the video is a replica of the old version of yukeras, and Daniel Furukawa said that he got it in Japan two years ago)

Realizing that the sale of Yukis was a low-income business, they decided to drop the sale.

“And the history of the Yukis was disappearing because it was a low-income economic activity, like selling pallets or selling ice cream on the street, because you don’t support a family,” he said.

“In Japan, the Yukis are not made like that anymore, an electric machine does the snow,” he added.

Daniel Furukawa, said that due to the lack of events and festivals due to the Covid-19 pandemic, he has not been able to start the business as he wanted.

“I’ve been wanting to sell Yukis, and we’ve sold Yukis at festivals and people buy them and they like them a lot,” he said.

“We do not keep my grandfather’s original machines, but we do keep his stories,” he added.

(The story of Don Jose Maria (Kishiro) Furukawa Kameyama, is also known in Japan. Daniel Furukawa, spoke with a Japanese media in 2018)

Currently, Daniel Furukawa is in charge of the Northeast Japanese Mexico Association, where they teach classes in Ikebana (flower arrangements), Karate, Japanese language, manga, origami, Japanese food, among other activities in order to increase social relationships. -cultural between Mexico and Japan.