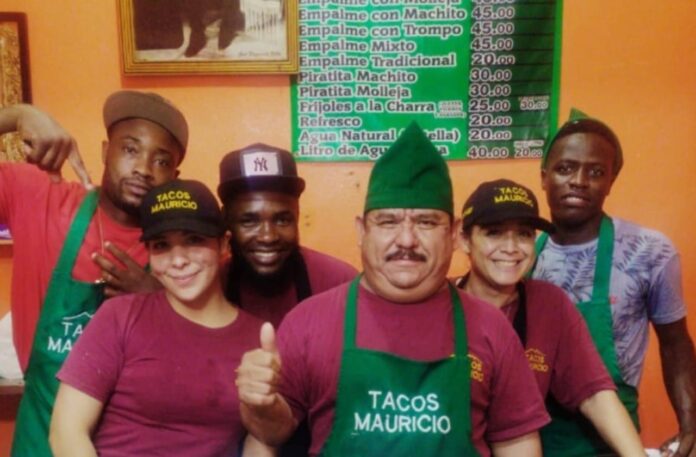 In Monterrey, a taqueria has announced that it hired a group of Haitian migrants. The action of Tacos Mauricio has gone viral on social networks and has been well received by users.

Tacos Mauricio is a taqueria located in the Center of Monterrey, in Nuevo León. Recently, through a message posted on Facebook, the business announced that it had incorporated several migrants from Haiti into its work team.

“Tacos Mauricio 1 in support of our Haitian brothers, join the team,” the publication reads.

The message has been celebrated by many of its guests and the place has been congratulated by multiple users of social networks. This taqueria is recognized as one of the tastiest in Monterrey.

In recent months, thousands of Haitian migrants have arrived in Mexico with the hope of being able to cross the border with the United States and be able to receive asylum there. Given the difficulties presented at the border, specialists do not deny that some of these immigrants seek to stay in Mexico and seek employment here.

In 2016 there was a similar migration: approximately 3,400 Haitian migrants arrived in Tijuana and adopted the border city as their home. Today, this community has been successfully integrated into the city of Baja California.

How to get to Tacos Mauricio