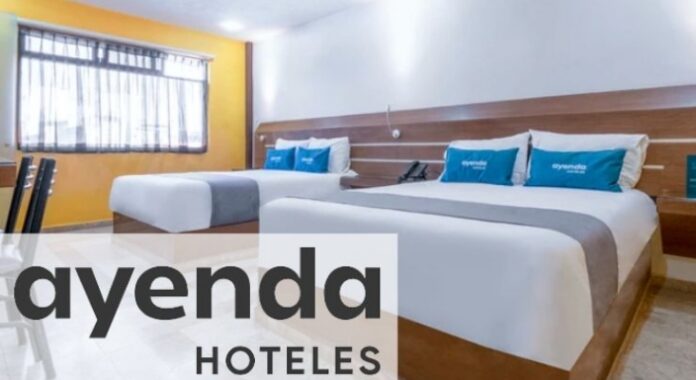 By the end of 2022, the Colombian hotel chain expects to have 1,000 hotels in the three markets where it operates. The company plans that up to 40% could be in Mexico.

For Andrés Sarrazola, there are two types of business trips: the ‘ultra corporate’ and the ‘necessary’. While the first category has been the most common in the collective imagination – visualized as the businessman in a tie, who travels the world closing deals -, the second represents a niche from small and medium-sized companies, and it is to which the chain Hotel Ayenda seeks to serve up to 1,000 hotels by the end of next year.

“That is our target, because these types of people have to travel not because they want to, but because they need it,” explains Sarrazola, CEO of the Colombian company. “You see some corporate trips and finally several can be replaced with a video call, it is more of the knowledge part, strategy, talking to a client about how they are going to grow. But our type of traveler has to go do something physical; maybe he’s a traveler from the construction industry, or he’s going to repair an appliance, “he explains.

Ayenda is a company that went from being a management platform for hotels to a hotel chain that, under the franchise model, currently has 280 complexes in its portfolio. In this scheme, which seeks to attract mainly independent hotels, the property owners maintain the operation and Ayenda provides the technology and distribution through a series of sales channels ranging from the corporate to the mobile application and the call center.

“We see an area of ​​opportunity to consolidate all these independent hotels that cannot have the standard of other types of chains,” says the manager in an interview. “We created a hotel chain that does work with that standard, which cares mainly for the traveler who perhaps goes out only for business, who has an errand, who goes to a notary, to a hospital, who only has to spend a short time space of time in the hotel ”.

Ayenda seeks to increase its presence in Mexico, where they currently only have 10 hotels. During 2020, the company had a 46% growth in the number of users served and closed the year with 227,000 hosted guests, an all-time high. Recently, the company received an investment of 10 million dollars in which the firms 500 Global and Dalus Capital participated, as well as the IDB Lab, the financing arm of the Inter-American Development Bank (IDB).

Hence, the aggressive goal of the company for the end of 2022 is to add 1,000 hotels spread over Colombia, Peru and Mexico. Up to 40% would be in the latter market, in cities that adapt to the company’s business model.

“We operate in cities where there is a high population density. The easy route would be to take the cities by population and go one by one, but sometimes there are some exceptions ”, explains the manager. “There are some cities with more hotels per capita because there is some sector that drives them, such as Veracruz, which has a very strong component of the oil industry, or vehicle assembly industries in smaller cities.”

Ayenda’s strategy seeks to attract more hotels in Mexico City and, starting in the second half of the following year, explore other cities such as Guadalajara, Monterrey, and Tijuana. In the long term, the goal is even more ambitious.

“The reality is that if 70% of hotels in Latin America are independent, we will have at least five, seven years to have fun doing what we do today: going to every corner of each city to conquer those hotels,” says the manager. “In the long term we should not measure ourselves in the hundreds of hotels, but in the thousands of hotels. That is where we can have an important impact on the development of the category in the region ”.