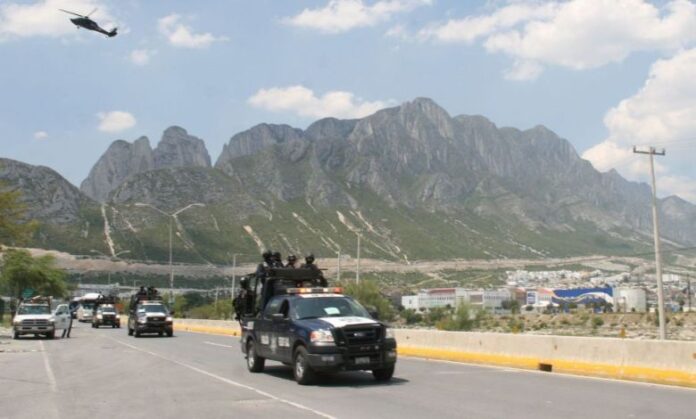 The agents arrested in an operation were dedicated to kidnapping citizens, including several of American origin, and then handing them over to an organized crime group.

Monterrey, Nuevo Leon.- A total of seven policemen from San Pedro Garza García, the richest municipality in Mexico, were arrested on Tuesday accused of several kidnappings, according to local authorities.

The Attorney General’s Office of the northern state of Nuevo León (FGJNL) carried out an operation within the security forces of the metropolitan municipality to capture the police.

According to the report, the agents were dedicated to locating and kidnapping citizens to hand them over to an organized crime group that was in charge of collecting the ransom, according to the State Attorney’s Office in a statement.

The bulletin specified that “seven arrest warrants were completed against active police officers attached to said municipal corporation for the crime of kidnapping.”

“The operation was carried out simultaneously in various offices of the Ministry of Public Security. It began in the early hours of today and is still continuing, ” David Perales, spokesman for the Prosecutor’s Office.

The Prosecutor’s Office specified that on July 22, 2021, the policemen now detained went to the center of San Pedro to verify a report for damages committed in a home.

But while at the site, the troops deprived a citizen of his freedom and held him captive for several hours to later hand him over to the organized crime group that controls that municipality.

The official text indicated that the criminal group asked the family for a ransom of two million pesos (about 50 thousand dollars) to free their victim.

The criminal group that controls San Pedro is identified by the Federal Bureau of Investigation (FBI) as the Beltrán Leyva Cartel, and its leader in the municipality is called José Rodolfo Villarreal Hernández, alias “El Gato”.

El Gato is among the FBI’s “Most Wanted” list for ordering the murder of an attorney in Dallas, Texas, a crime that occurred on May 22, 2013.

“Once the kidnapping was learned about, the investigation folder was initiated by the Specialized Anti-kidnapping Prosecutor’s Office and with this, various actions were carried out, among which, the information contained in the database of the Ministry of Security was requested. Public of the municipality of San Pedro Garza García, which provided all the requested information, “the statement concluded.

Among the victims of the police are several citizens of American origin, according to what a source from the Prosecutor’s Office revealed to EFE who requested anonymity.