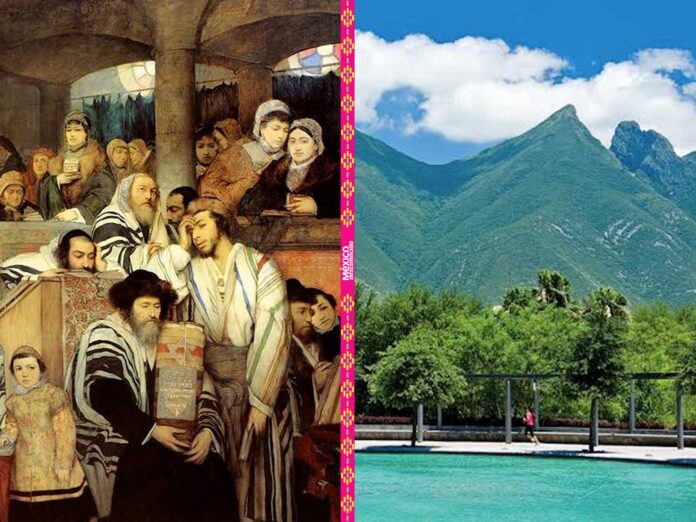 Did you know that the city of Monterrey and the State of Nuevo León have a Jewish origin? We tell you about the history of its founders.

Nuevo León is one of the most prosperous and beautiful states in Mexico; Although its population only represents 4% of the Mexican population, the entity contributes 10% of the national GDP. Its present is as unique as its past, since although it is little known, the origin of Nuevo León is interwoven with the drama lived by the crypto-Jews of New Spain.

The prelude to this event was the expulsion of Jews from Spanish territory in 1492 through the Edict of Granada. For a Jew to remain in the territory of the Catholic Monarchs, he had to embrace Christianity. Due to religious persecution in Spain, thousands of Jews saw in conversion the possibility of social advancement and survival. However, the prosperity of the  New Christians quickly became the object of envy and slander.

Although it is true that there were groups of Jews who genuinely adhered to Christianity, the truth is that crypto Judaism or the secret practice of Judaism was a majority trend among  New Christians. This last group was referred to in a pejorative way as  Marranos.

According to a conference given by José María Benarroch, president of the Casa de España Foundation in Mexico, there were three founders of the city of Monterrey: Alberto del Canto, Luis Carvajal y de la Cueva and Diego de Montemayor, you want they were Sephardic Jews “Converts” to Catholicism.

After Columbus’s arrival in America, Jews who practiced their faith clandestinely saw the possibility of greater freedom in the New World. To prevent the upward mobility of Jews in the colonies, the Inquisition issued restrictions for New Christians to migrate, which became known as the purity of blood law.

In its New Spanish version,  purity of blood prohibited the access of new Christians to the Indies. The objective was to prevent the infiltration of Jews, Muslims, or heretics in the institutions of New Spain. For this, a bureaucratic system was established that requested the verification of Christian ancestry.

Even with the restrictions, there were numerous cases of falsification of certificates of verification of the status of an old Christian,  and the presence of the Jews in the Indies was a reality from the first days of colonization.

An exceptional case during the Conquest was the founding of Nuevo León at the hands of Jews. Because the conquerors considered the northeastern region of Mexico as too hostile, little attention was paid to the expansion of the Colony in that area.

The first of those involved was Alberto Canto, a Sephardic Jew who also founded the city of Saltillo and served as the first founder and mayor of Monterrey, whose initial name was Villa de Santa Lucía. He was arrested on charges of Judaizing, however, he escaped and lived among the Indians until the charges were dropped. However, the founding of Nuevo León linked to Judaism would not end with it.

Luis de Carvajal and the New Kingdom of León

In 1573  Luis de Carvajal y de la Cueva , a Portuguese slave owner and a  new Christian , made an expedition through present-day San Luis Potosí. This trip allowed him to meet other characters of Jewish origin.

Later he received a letter from the crown with the authorization to settle in the northeast region of Mexico. Carvajal designated the area as  Nuevo Reino de León, currently  Nuevo León; a place where new Christians were also allowed to arrive.

Already as ruler, Carvajal organized the migration of  New Christians from Portugal to Nuevo León. However, years later he was dismissed and arrested on charges of practicing Jewish rituals and of little impetus in converting indigenous people.

Although Carvajal’s social rehabilitation was near, he died in a prison in  Mexico City in 1591. Later, members of his family were arrested again and sentenced to the stake. As a consequence, the Carvajal family changed their surname to Lumbroso, forming a rabbinic dynasty in Italy. The change of surnames was a constant among the Jews of New Spain.

It can be deduced that during the government of Carvajal Nuevo León was a discreet Jewish colony. After the persecution, many Jews were dissolving their traditions and identity, however, the footprint of Judaism is still present in the lives of many Mexican families.

Finally, the third founder of Monterrey, Don Diego Montemayor, was also linked to Judaism. However, unlike his predecessors, Montemayor wanted his foundation to leave no room for doubt about his Christianity. For this reason, on September 20, 1596, Montemayor founded the Metropolitan City of Our Lady of Monterrey.