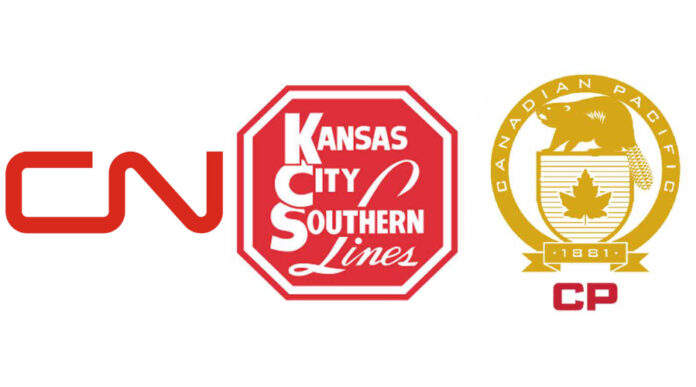 Kansas City Southern said in a statement that the Canadian Nacional company’s offer exceeds that of its local competitor Canadian Pacific, of $ 29 billion.

Kansas City Southern (KSC) is beginning to see its future clear. After the Canadian Pacific railroad offered it a $ 29 billion merger agreement, local competitor Canadian National Railway made a superior purchase offer, which led the United States to want to terminate the agreement with CP.

Under the terms of the second proposal, which has now been revised, each KCS common share would be exchanged for $ 200 cash and 1,129 Canadian Nacional common shares.

The board of directors of the US railroad has until May 21 to make a decision. The transaction would be subject to KCS shareholder approval, Surface Transportation Board approval of a voting trust, receipt of other regulatory approvals, and other customary closing conditions.

At the time, KCS’s board of directors determined that Canadian Nacional’s revised proposal constitutes a ‘Superior Company Proposal’, as defined in KCS’s merger agreement with Canadian Pacific Railway Limited.

KCS has notified Canadian Pacific that it intends to terminate its merger agreement and enter into the definitive agreement with its competitor. The final transaction would lead to the creation of the first rail network linking Canada, the United States and Mexico. The company that emerges from any merger will operate about 32,186 kilometers of railroad and will employ some 20,000 people.

Its international interests include Kansas City Southern de México, which serves northeastern and central Mexico and the port cities of Lázaro Cárdenas, Tampico and Veracruz and a 50% interest in Panama Canal Railway Company, which provides freight and passenger transportation from ocean to ocean along the Panama Canal.