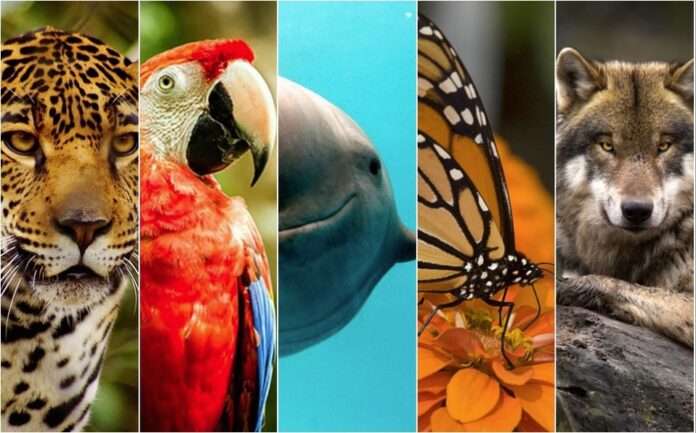 The Senate approved increasing the fines by the equivalent of 200 to 75 thousand times the salary measurement unit for those who incur in illegal hunting of animals in danger of extinction.

Mexico is an important country rich in biodiversity, and at the species level, approximately 10 percent of those that exist on the planet are found in the national territory, which makes it one of the so-called megadiverse countries.

According to the National Commission for the Knowledge and Use of Biodiversity ( Conabio ), in Mexico there are several groups that are endemic species or types of the country’s territory, however, there are some that are in danger of extinction.

Despite this, whether due to climate change, poaching, human intervention in ecosystems; there are various animal species that are in danger of extinction.

Due to this, the Senate approved in 2016 to increase the fines by the equivalent of 200 to 75 thousand times the salary measurement unit for those who incur in illegal hunting, as a measure to protect national biodiversity and combat the black market of endangered species.

These are some endangered species

Biologists describe it as a long, dark, cylindrical salamander’ up to 30 cm in length. Historically, this species lived in the lakes of Texcoco, Xochimilco, and Chalco, in the Valley of Mexico.

The vaquita porpoise is a marine mammal native to the Gulf of California and is considered the cetacean most at risk of extinction. Its natural habitat is very limited and all known specimens, about 30, live within an area of ​​about two square kilometers.

This species, as old as dinosaurs, is located on the coasts of Michoacán, Guerrero, and Oaxaca. It is recognized by the absence of a rigid shell. The reason for its extinction is the amount of plastic that pollutes our seas.

It is the smallest of the wolf subspecies in North America, which was hunted down and almost exterminated by the US and Mexican governments in the 1970s.

Due to its long migration from Canada to Mexico, it is perhaps the best-known subspecies of butterfly, but that has not saved it from the risk of becoming extinct.

Today it is threatened by the destruction of its habitat, illegal hunting, the reduction of the number of its prey – mammals, birds, reptiles, and fish – and the increase of human settlements. It is estimated that there are about 2,000 living specimens to date, but their survival is uncertain.

Macao or scarlet macaws are distinguished by their showy and colorful plumage, and it is sad that this species has been practically exterminated in Tamaulipas, Veracruz, Oaxaca, Tabasco, and Campeche by immoderate hunting and the theft of young.

To protect endangered species,  the Official Mexican Standard NOM-059-SEMARNAT -2010 was created, which contains a list of 2 thousand 606 species in some category of risk, many of them considered emblematic such as the jaguar, golden eagle , quetzal and the vaquita marina.

What is the official Mexican standard NOM-059-Semarnat-2010 for?