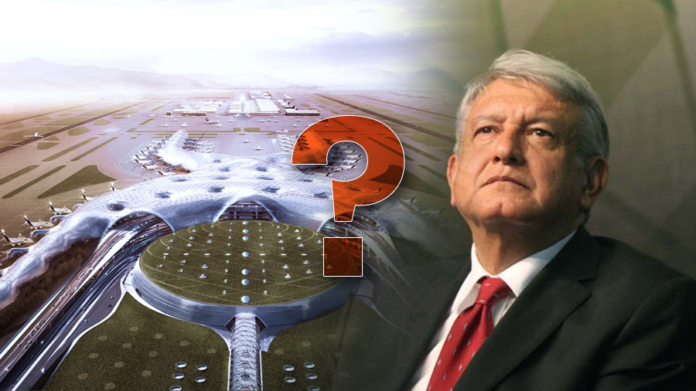 “The amount could be increased, since the additional costs for the settlement of pending contracts have not been identified or quantified by the airport group.

The cancellation of the New Mexico International Airport (NAIM) had a cost 232% higher than expected by the government of Andrés Manuel López Obrador, amounting to 331,996 million 517.6 thousand pesos, an amount that could still be increased, revealed the Superior Audit of the Federation (ASF).

According to the agency, the current administration estimated a cost of 100 billion pesos, however, the difference reaches 231 thousand 996 million 517.6 thousand pesos.

The ASF indicates that the agency considered the investment executed and the value of the early termination of the contracts, but did not include the implications derived from the financing scheme defined for construction, nor the legal costs involved.

Likewise, it details that, within the total cost of the air terminal, 163 thousand 540 million 720.5 thousand pesos, equivalent to 49.3%, were for expenses already incurred in 2019, which includes non-recoverable from the investment made in the 2014 period- 2018, for 70 thousand 497 million 352.1 thousand pesos; in addition to the early termination of contracts and agreements for works, acquisitions and services for 7 thousand 629 million 862.8 thousand pesos.

While the costs derived from the financing scheme for the construction of the project, related to the repurchase of 30.0% of the bonds issued for 50 thousand 887 million 785.8 thousand pesos; the liquidation of Fibra-E stock certificates for 34 thousand 27 million 215.6 pesos.

However, the amount could be increased, since the airport group has not identified or quantified the additional costs for the settlement of the pending contracts, nor for the lawsuits and claims filed,

There are also no limitations in the information provided by the GACM, which are detailed in this result and do not allow for sufficient data to quantify a more precise estimate; Therefore, when these limitations are addressed, there would be those missing concepts that could raise the cost.

“It was identified that these factors may cause an increase in the estimated cost of canceling the NAICM, so it is necessary for the GACM to constantly monitor them, in order to identify the total cost that will be incurred with the cancellation of the project ”, indicates the ASF.