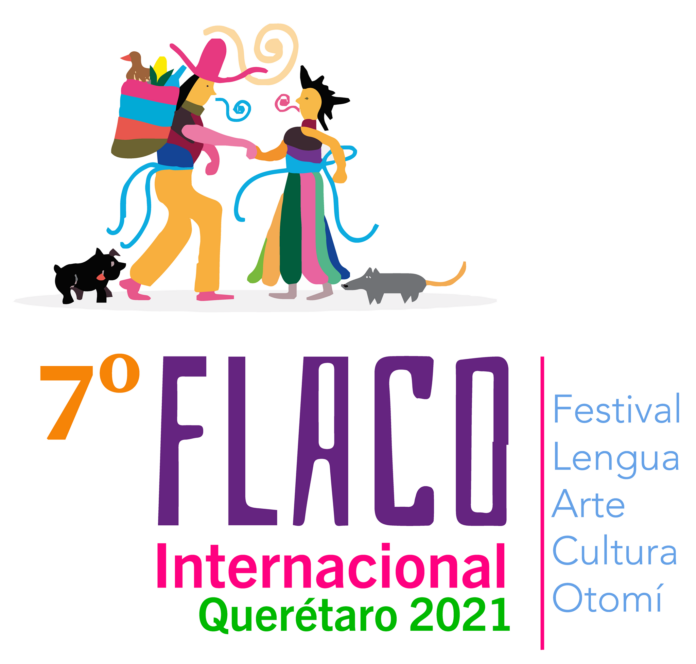 The Autonomous University of Querétaro (UAQ) began the 7th Otomí Language, Art and Culture Festival (FLACO), which will take place from February 19 to 26, and which in this edition becomes International, in addition to being dedicated to the original peoples of the state of Guanajuato.

This festival takes place within the framework of the International Mother Language Day that is celebrated each year worldwide on February 21, to raise awareness among the population about the importance of mother tongues, as well as promote linguistic, cultural, and cultural diversity. multilingualism strengthens the identity and culture of the various peoples of the world.

The inauguration of the event, which was carried out online, was led by the rector of the UAQ, Teresa García Gasca, who highlighted the importance of holding this Festival to continue with the preservation of the Otomí, through language, art, and culture.

Likewise, the rector pointed out the University’s commitment to generate the inclusion of all young people and the entire university community of native peoples, where their language of origin is an indigenous language, which has to be strengthened.

“We have to rescue and preserve our languages, and the truth is that the ñäñho, the Otomí that has worked a lot, now have a great presence in our University. We have plans to reform inclusion policies; In our university, only 1 percent of our and our students come from native peoples, we have a very low percentage, we have to increase it and generate strategies for their entry, permanence, graduation, and qualification. We have to purify all that way and that alone it is going to be achieved by modifying our university policies and assuming that our students from native peoples already have a mother tongue, and Spanish is the second language, and that we cannot measure them the same as we do, that we only have the Spanish language as our mother tongue “, affirmed the Rector.

During his speech, Dr. Ewald Hekking Sloof, Research Professor at the UAQ Faculty of Philosophy and Head of the program “Rescue and revitalization of the Hñäñho language of Querétaro”, explained that FLACO is not just a party to celebrate the language but also to reflect on and discuss their importance in each person, as well as to analyze why indigenous languages ​​are lost and what can be done to stop this process.

Similarly, he indicated that approximately 7,000 languages ​​are spoken in the world; however, he said, it is estimated that in this century, half of them will stop talking for various reasons, including racism, the breakdown of oral tradition, illiteracy, educational backwardness, insufficient bilingual education programs, migration, loss of identity, among others.

For his part, Mtro. Roberto Aurelio Núñez López, the representative of CONCIENCIAS and president of the FLACO Organizing Committee, pointed out that the Festival is an effort to combat ignorance, racism, and classism, as well as to educate in interculturality and multilingualism, respect, value and dignify the roots.

“This seventh FLACO is dedicated to the original peoples of Guanajuato, that is why we will go through archaeoastronomy to the syncretism of two cultures, living cultures that in their current practices preserve history in their memory, and yet are being devoured by modernity ”, He highlighted.

He also mentioned that in this seventh edition and derived from the conditions of the pandemic, the Festival will transcend borders and will have the participation of Bolivia, Peru, Colombia, and the United States, in order to learn about the cultures of other brother peoples that face the same struggles, the same dangers, the same racism, and the same hopes.

During FLACO there will be conferences, photographic exhibitions, the premiere of documentaries, poetic recitals, traditional rituals, book presentations, and talks, activities that will be transmitted digitally through the official Facebook Live page of the Festival de la Lengua Arte y FLACO Otomí Culture